“We thought it was just going to be a skin issue.”

At first, that’s all it was. Kylee’s symptoms had started out so small: A bruise on her face. Acne on her chest. For a 14-year-old, they didn’t seem like much. But for her mom, Meredith, something felt off, so she got Kylee an appointment at UK HealthCare’s Kentucky Children’s Hospital. 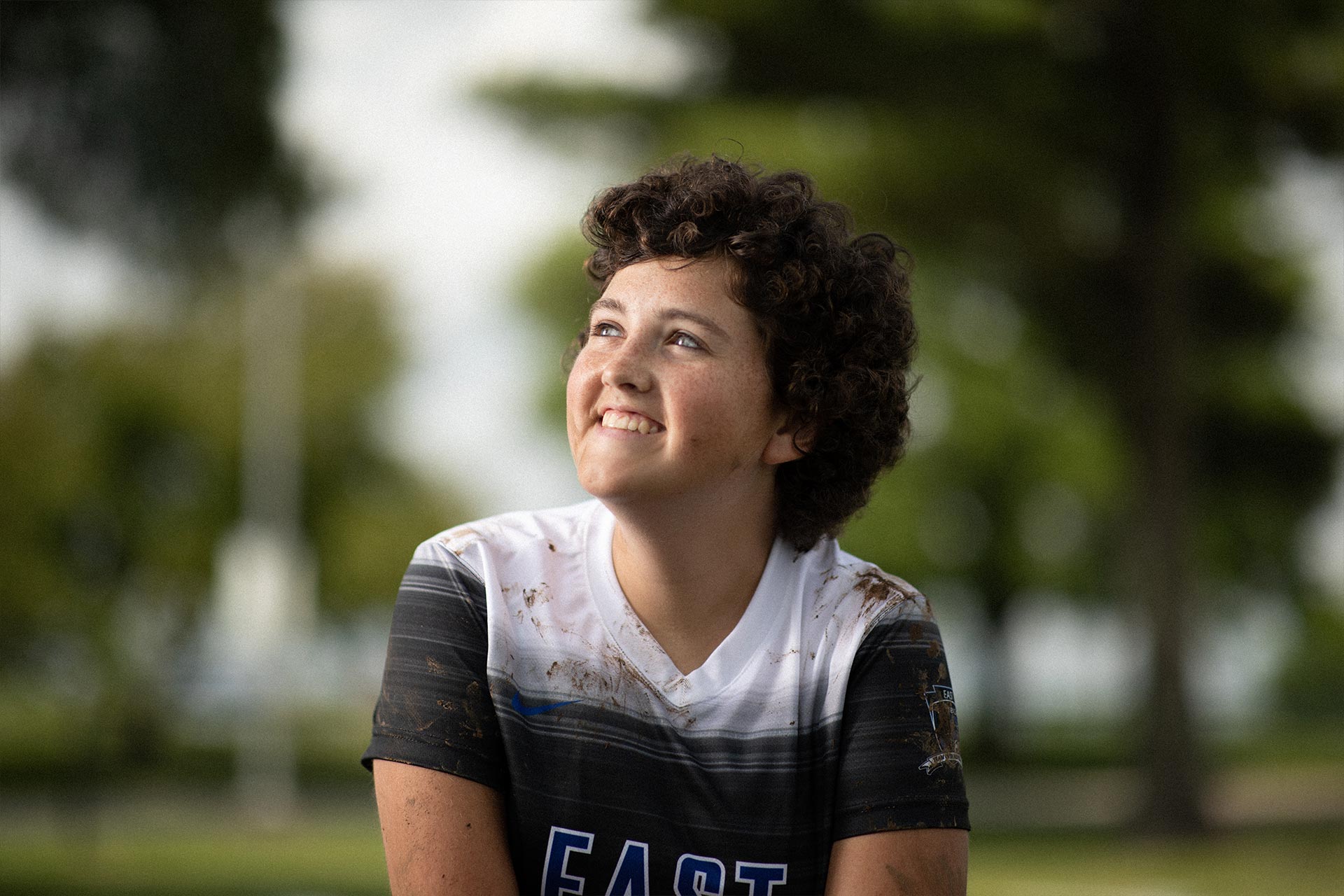 The captain of her soccer team and her school’s Junior Class President, Kylee played soccer throughout her cancer treatment.

Dozens of biopsies later, Kylee’s doctor finally confirmed a diagnosis with the National Cancer Institute. Kylee had an extremely rare type of cancer: blastic plasmacytoid dendritic cell neoplasm, a form of leukemia within her skin cells. She was only the 26th adolescent in the world to ever be diagnosed with it. 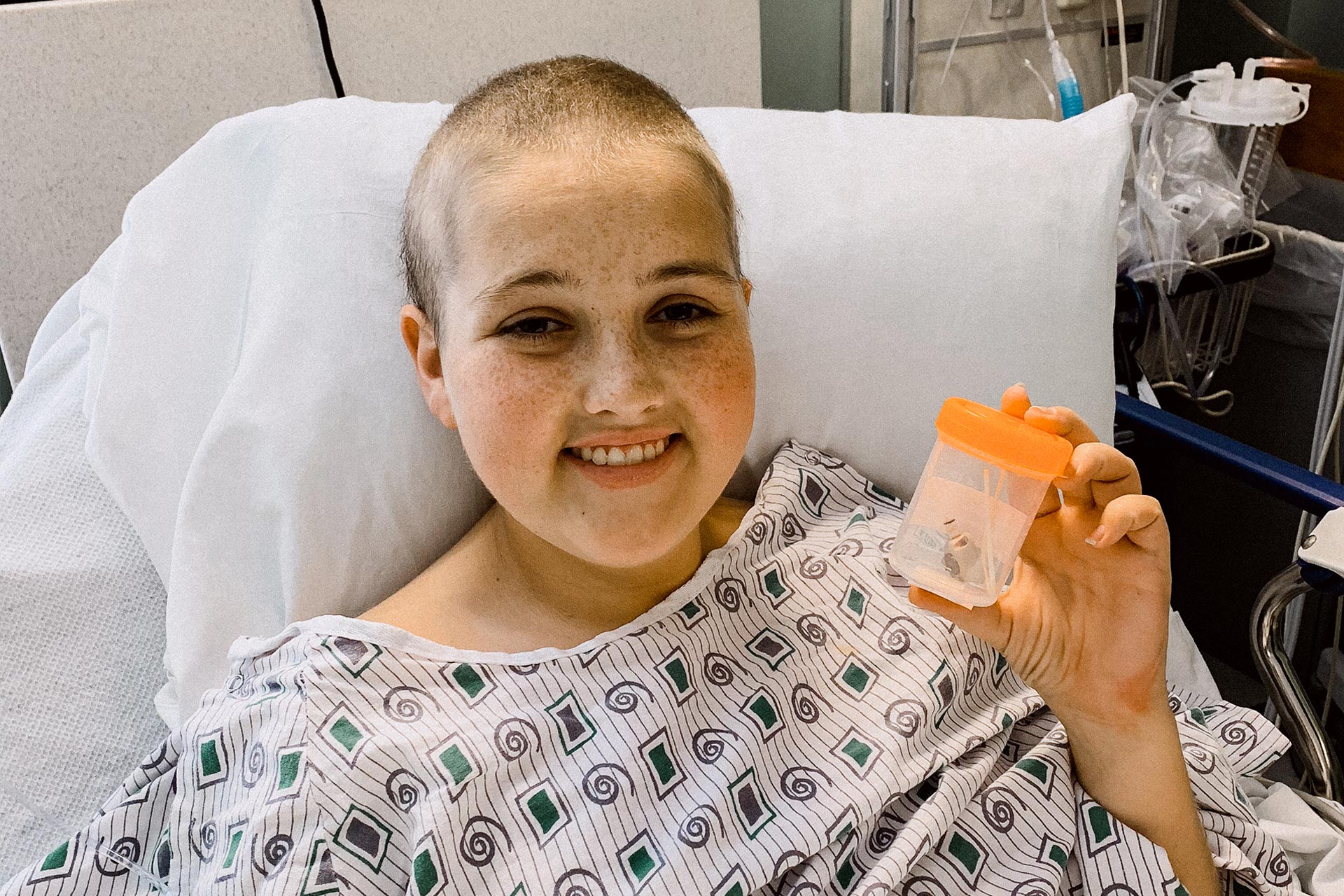 “We worked with oncologists across the country to see if we needed to go somewhere else or if we could stay here,” said Meredith. “They were able to offer everything here that they could have offered in LA. We have family here, we live close, so we of course opted to stay here, and received incredible treatment.” 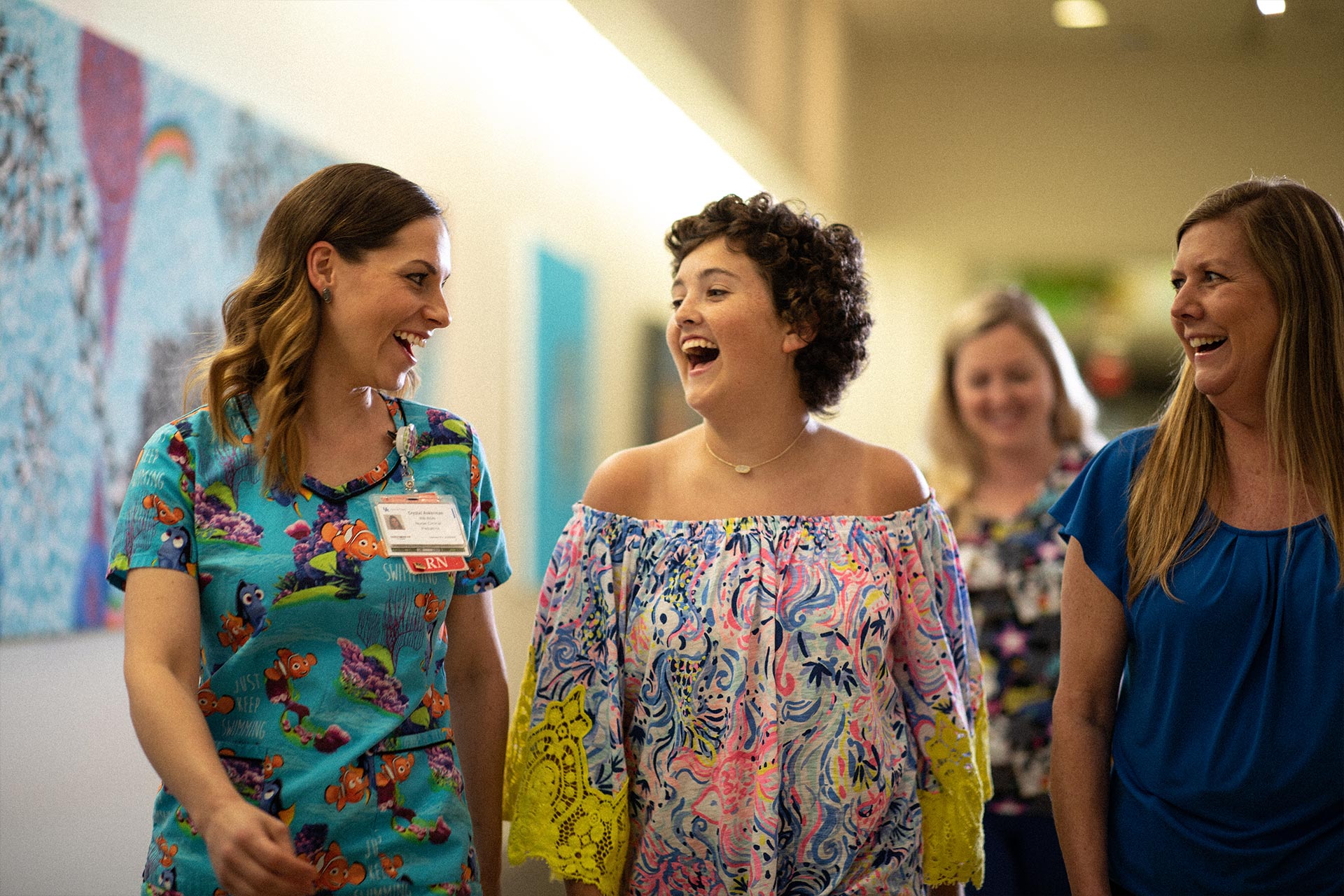 Kylee catches up with her nurses at Kentucky Children’s Hospital after completing her treatment.

That diagnosis was the beginning of a two-year treatment journey that would see Kylee battle infections, spend weeks in intensive care, lose her hair multiple times—and never lose her spirit. 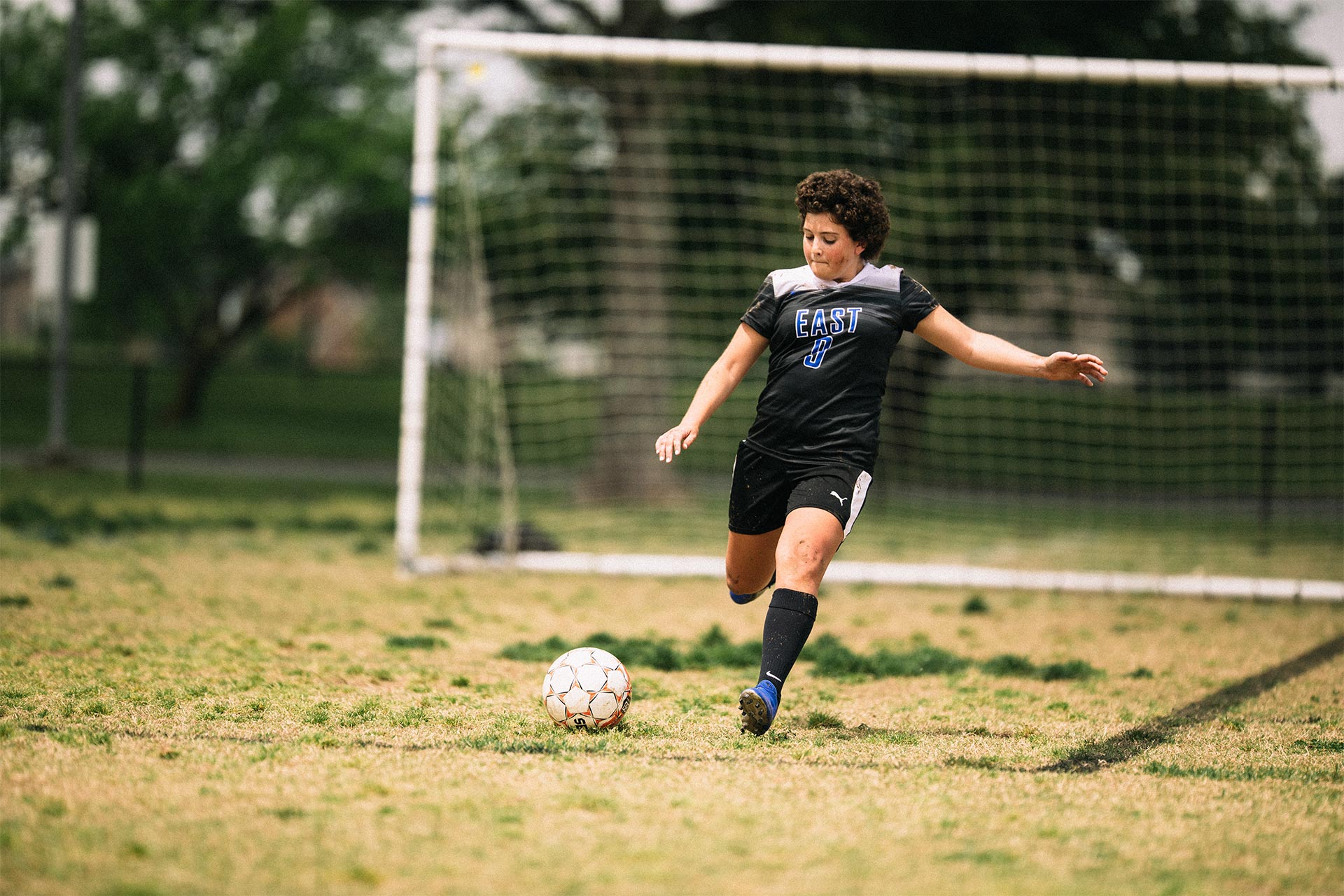 “I just wanted to be a leader, a role model—not just with soccer but also in school.”

“I knew that it was going to be a long road, so when my family found out about everything, it really took a toll on them. I told myself ‘I’m going to get through this, I’m going have a good attitude about it,’ so I always kept a smile on my face.” 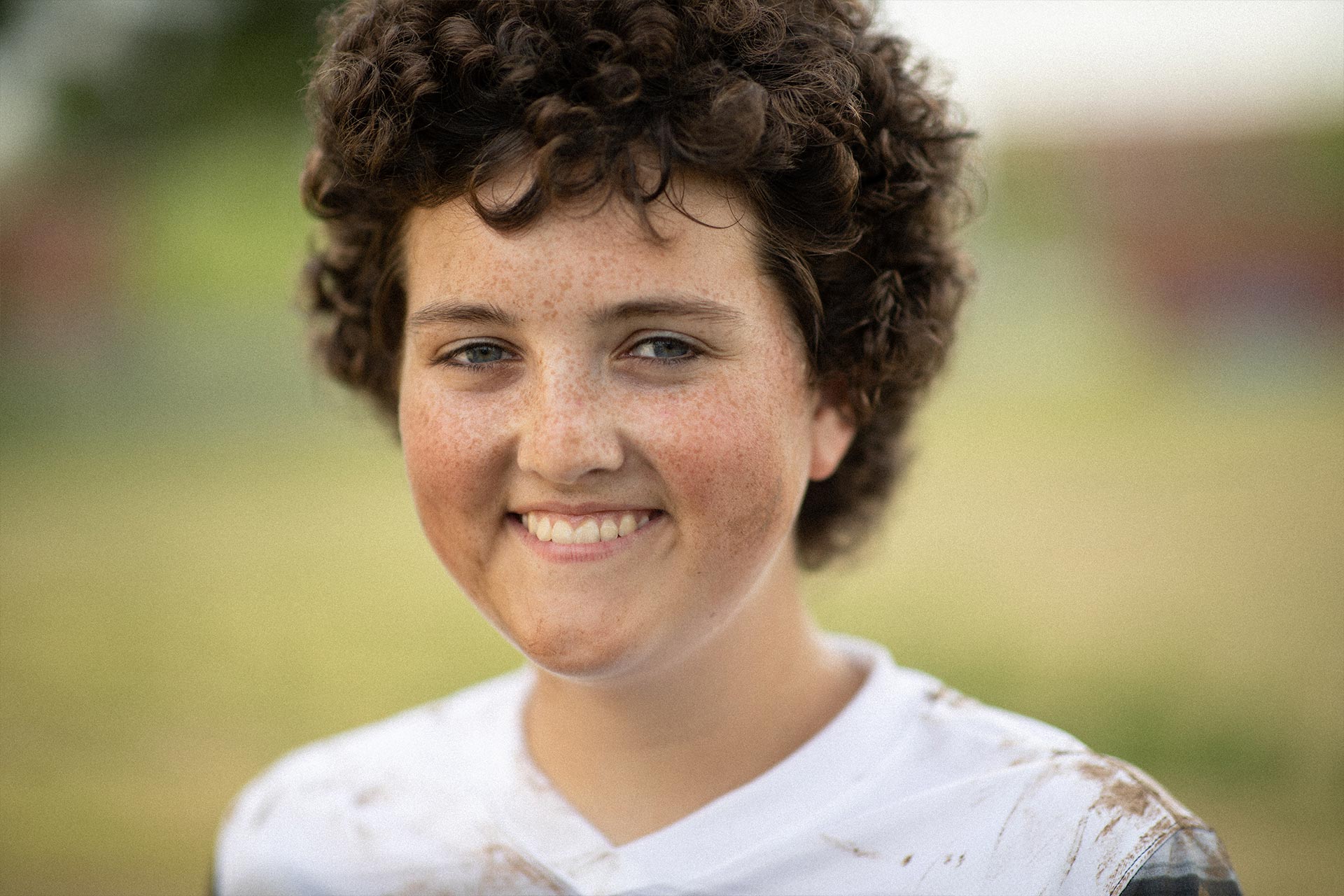 "She's been amazingly strong. Never been negative. She'd be sick as anything and she'd look over if someone walked in she'd smile.”

A serious soccer player, Kylee kept playing throughout her treatment, never missing a game if she could help it. She was named team captain her sophomore, junior, and senior seasons, as well as being elected class president her junior year. 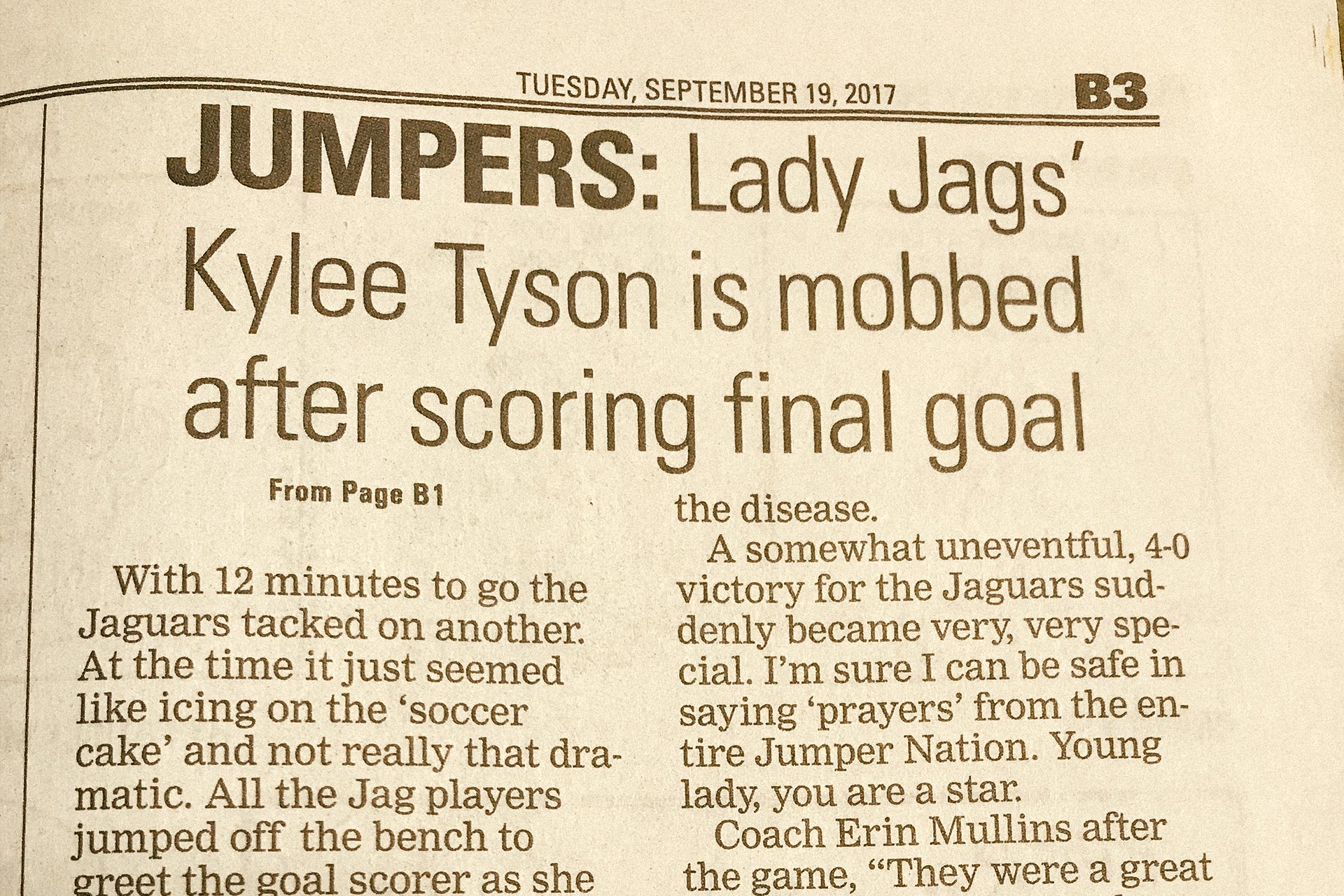 Never missing a game if she could help it, Kylee even scored a goal during a game her junior year, in the middle of her treatment.

Kylee is magnetic. It’s impossible not to be drawn to her, and it’s easy to see why her family, school, community, nurses, and even rival soccer teams rallied around her as she fought and beat cancer. She finished treatment in August of 2018, 36 months after her original diagnosis and four days before her 17th birthday. She’s getting ready to graduate and attend college in the fall—excited, undaunted, and stronger than ever. 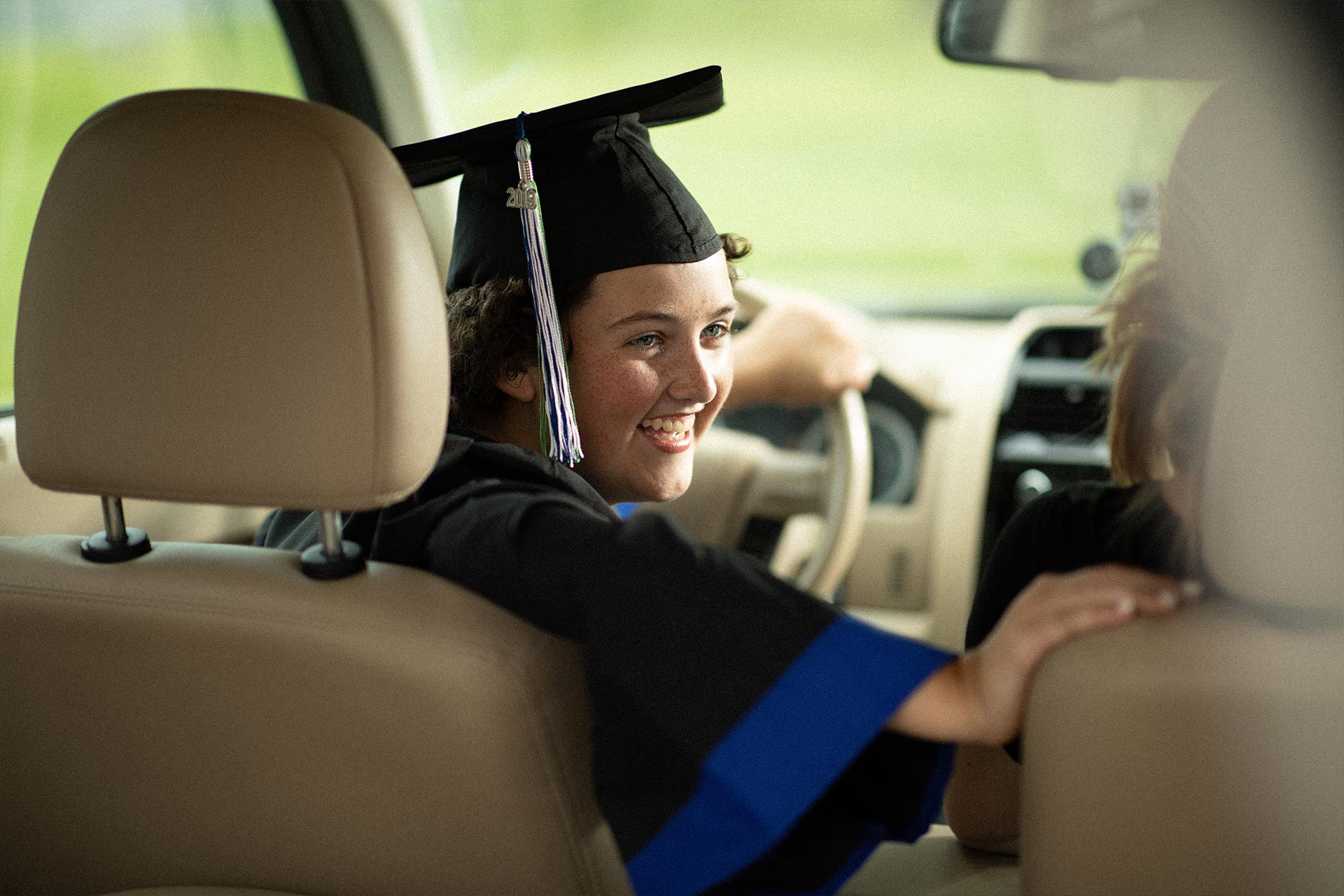 With her cancer behind her, Kylee is excited to head to college in the fall.

See how we care for kids like Kylee at UK HealthCare’s Kentucky Children’s Hospital.

Beating Cancer and Getting Back to Her ClassroomCancer