Beating Cancer and Getting Back to Her Classroom

Erika Carter got the call on September 24, 2015. Several months earlier, her routine bloodwork had shown an anomaly in her white blood cell count, which kicked off months of testing. The phone call on September 24 was from her doctor, telling her to come to the emergency room at the UK Albert B. Chandler Hospital. Immediately.

“I was numb,” Erika said. “I just kind of didn’t have any feelings at that point. I just couldn’t believe that my world was completely rocked.” 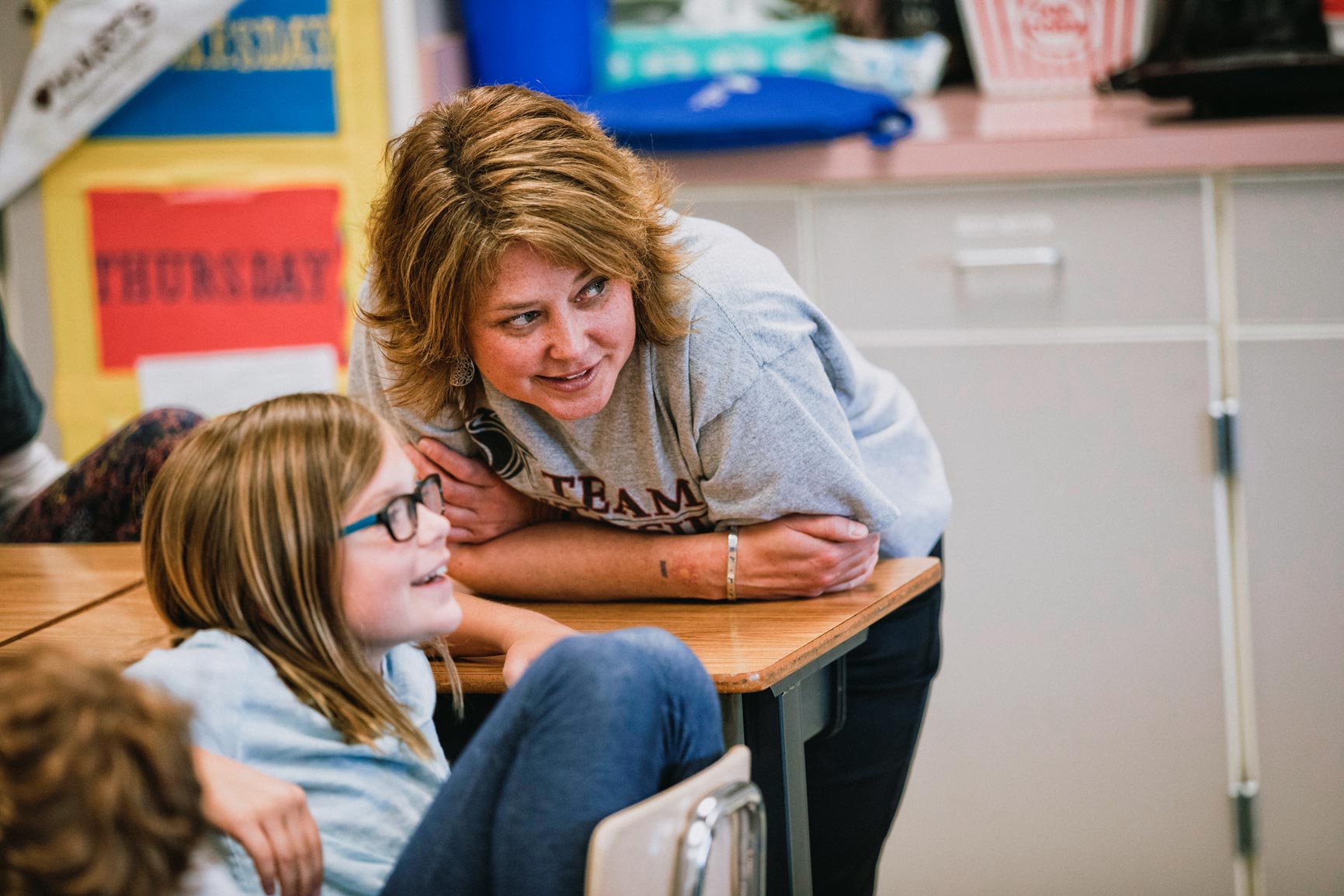 “With teaching, you just really can’t have a bad day. I love the children, they make me laugh.”

The 44-year-old second-grade teacher would not return to the classroom for the rest of the year. She was diagnosed with acute promyelocytic leukemia (APL), a subtype of acute myeloid leukemia. The good news: this type of cancer is usually curable with fast intervention. And in Erika’s case, the cancer was discovered very early, which boded well for her treatment. 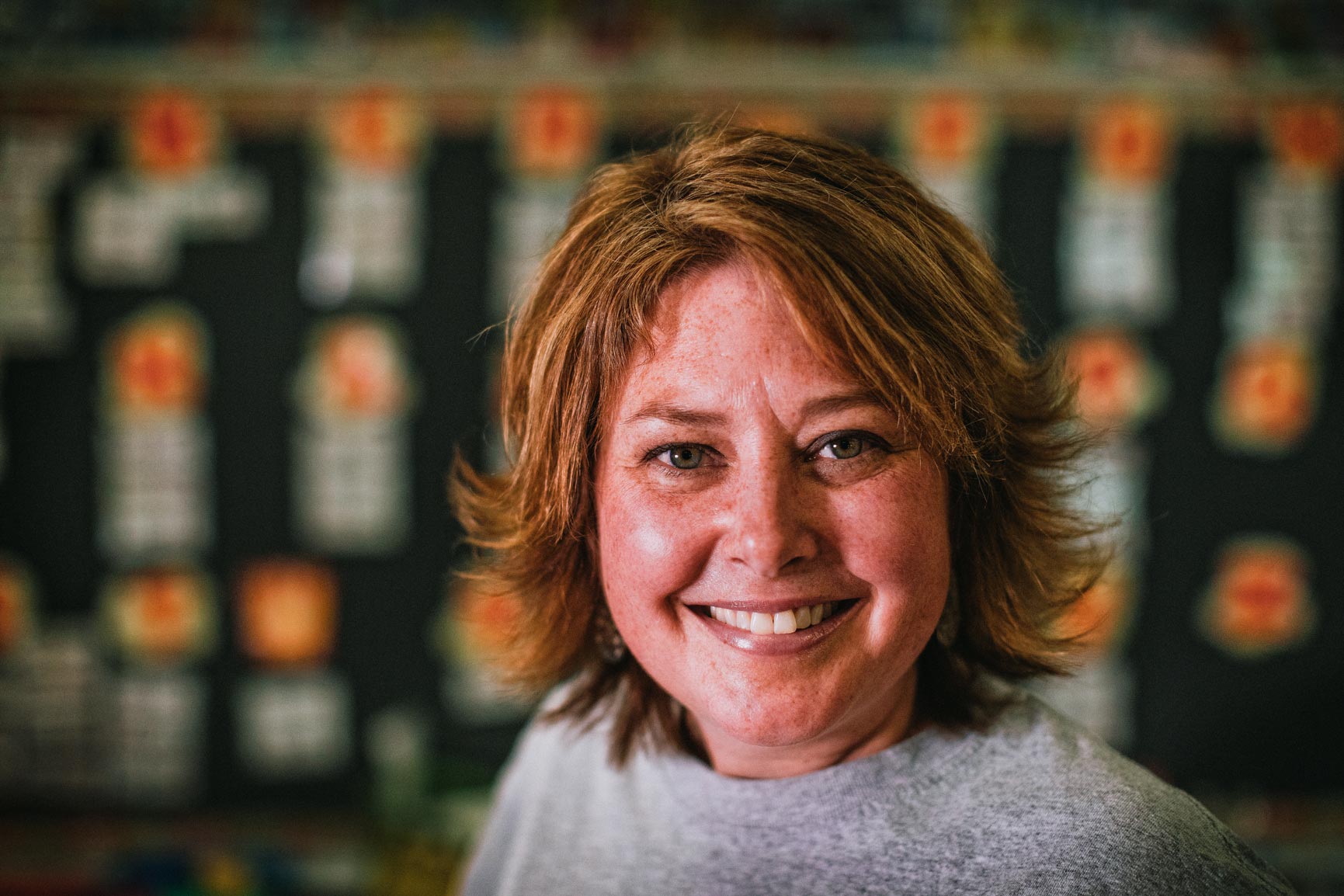 “Luckily, I had a huge support system with my friends, family and church.”

Over the next nine months, Erika underwent 128 chemotherapy treatments at UK HealthCare’s Markey Cancer Center, including a 19-day stint as an inpatient. Throughout her journey, she built a good relationship with the nursing team that took care of her, as well as with her doctor, Gerhard Hildebrandt. 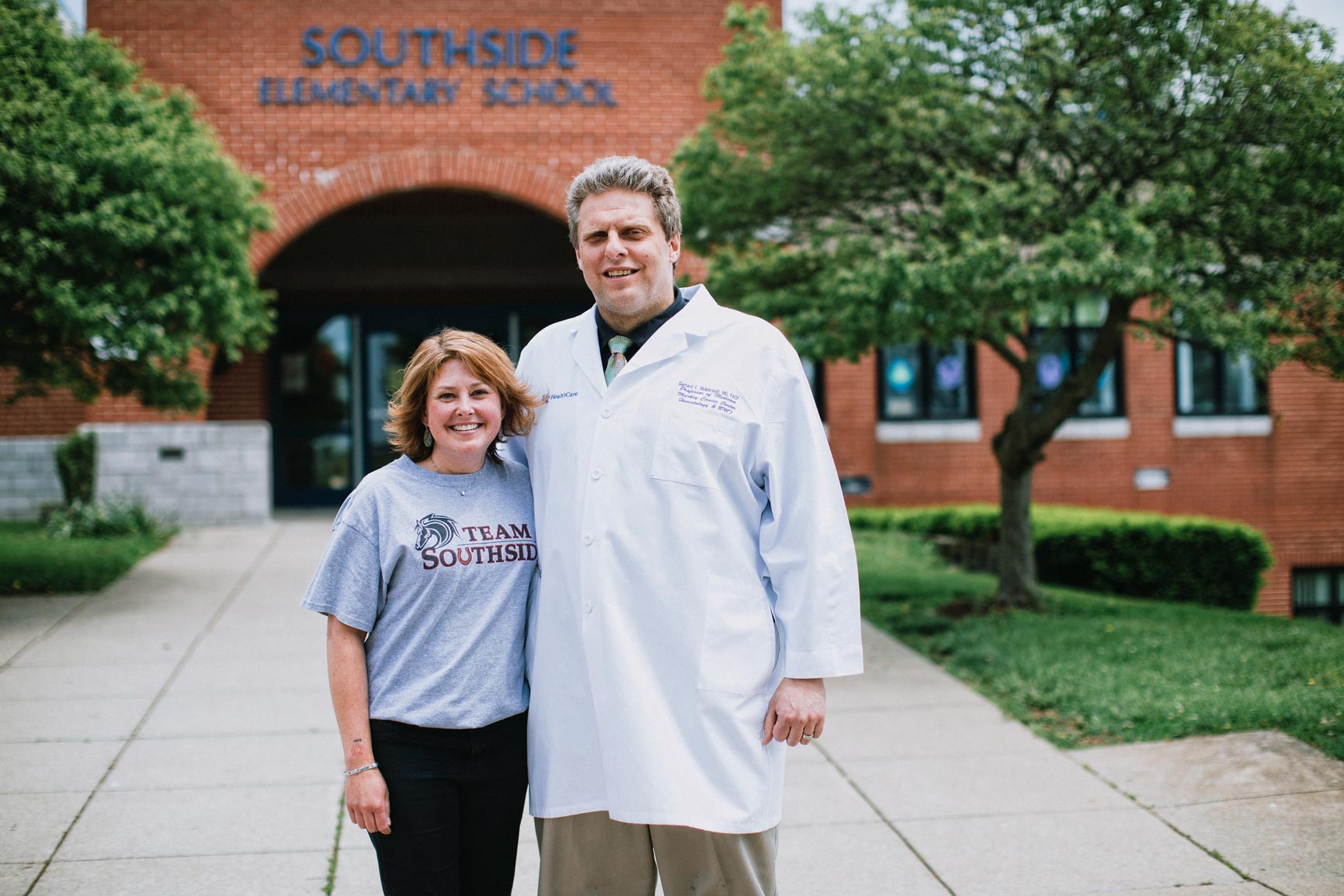 At the end of the 2017 school year, Erika invited Dr. Hildebrandt to come visit her class.

“The team is not too big, so everybody knows the patients quite well,” Dr. Hildebrandt said. “Communication is very easy both among the patient and the care team and between the care team itself. I think it gives a level of personalized care.” 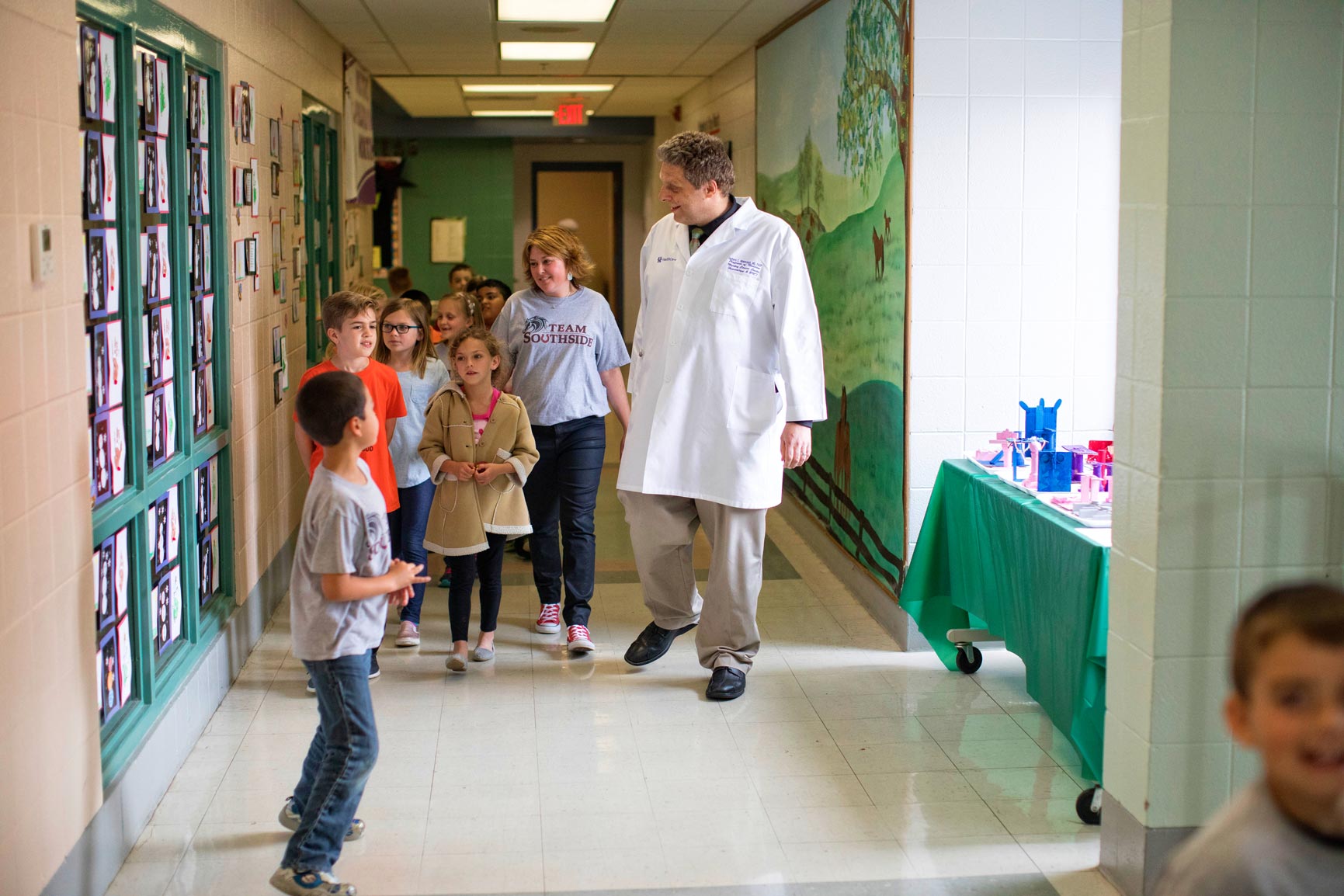 Dr. Hildebrandt gave Erika’s students a lesson on what cancer is and how doctors treat it.

“They are always upbeat and friendly,” Erika said. “All across the board, the nurses were fabulous. I’ve gone back several times to see them. I really had a good experience.” 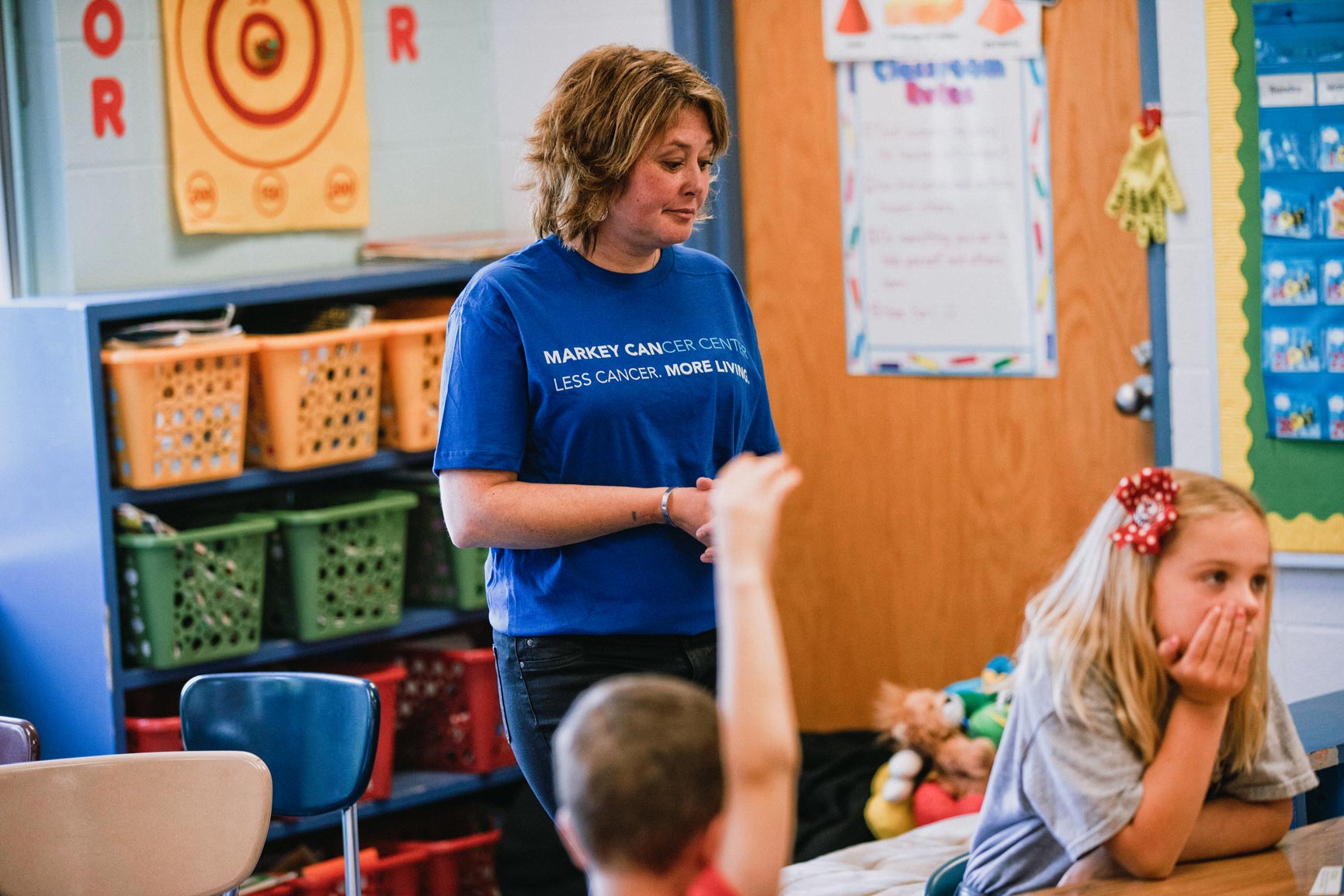 “Sometimes when you need to get bloodwork, it’s very easy to push that aside. But thank the Lord I did go.”

In August 2016, Erika was able to return to work after nearly a year off. Although her students are young, she said that many of them had some understanding of what she had gone through. She has a picture that says “We love Ms. Carter” and a banner signed by the entire school that she hung at the hospital. 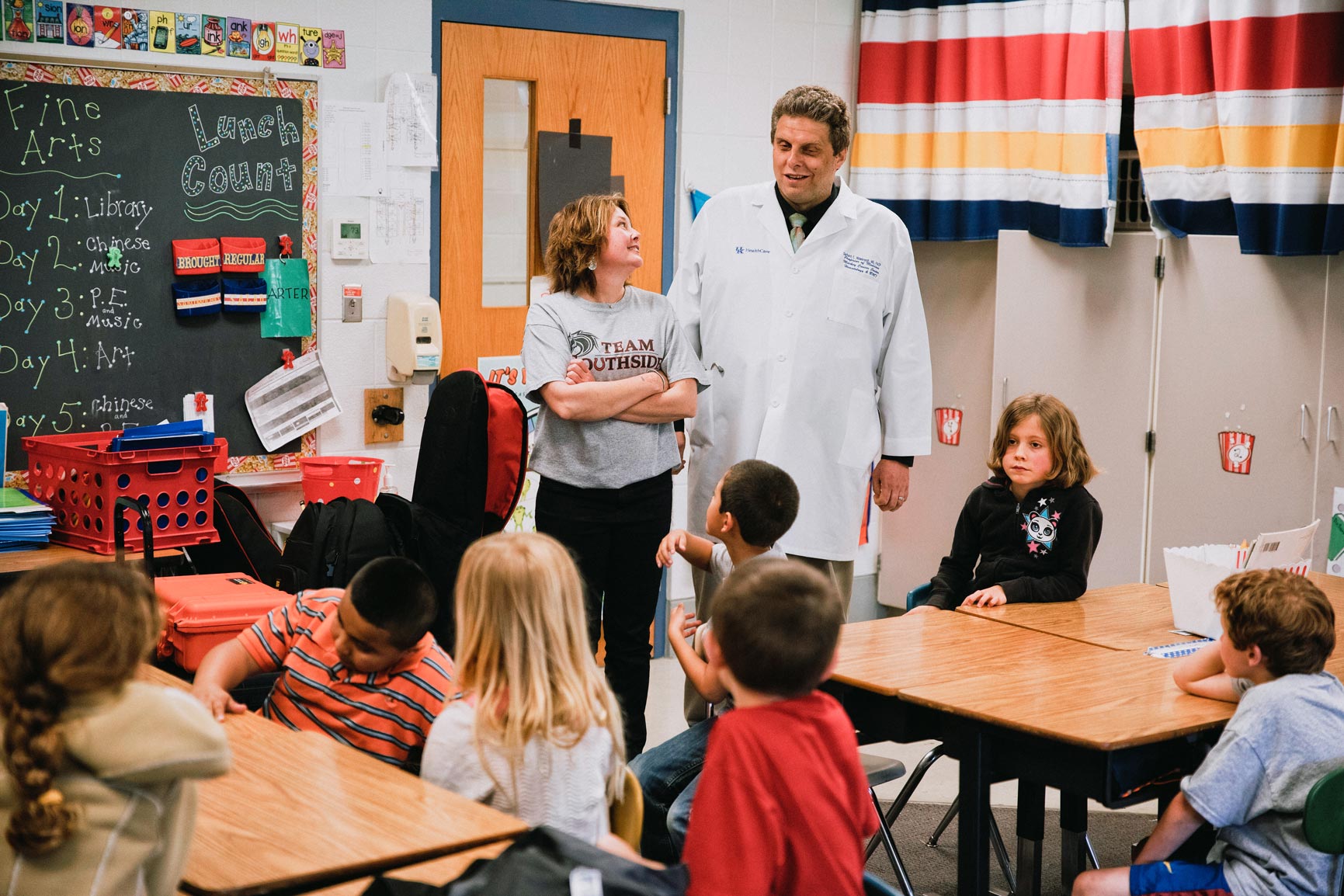 “When you have a patient who goes back to daily life, like Erika with her kids in this classroom, it’s the reward for the entire team.”

“They were great, so great, in welcoming me back,” she said. “I’m just glad I had a story where I was able to come back, and [the students] are like, ‘OK, people can have cancer, but they also survive it, too.’” 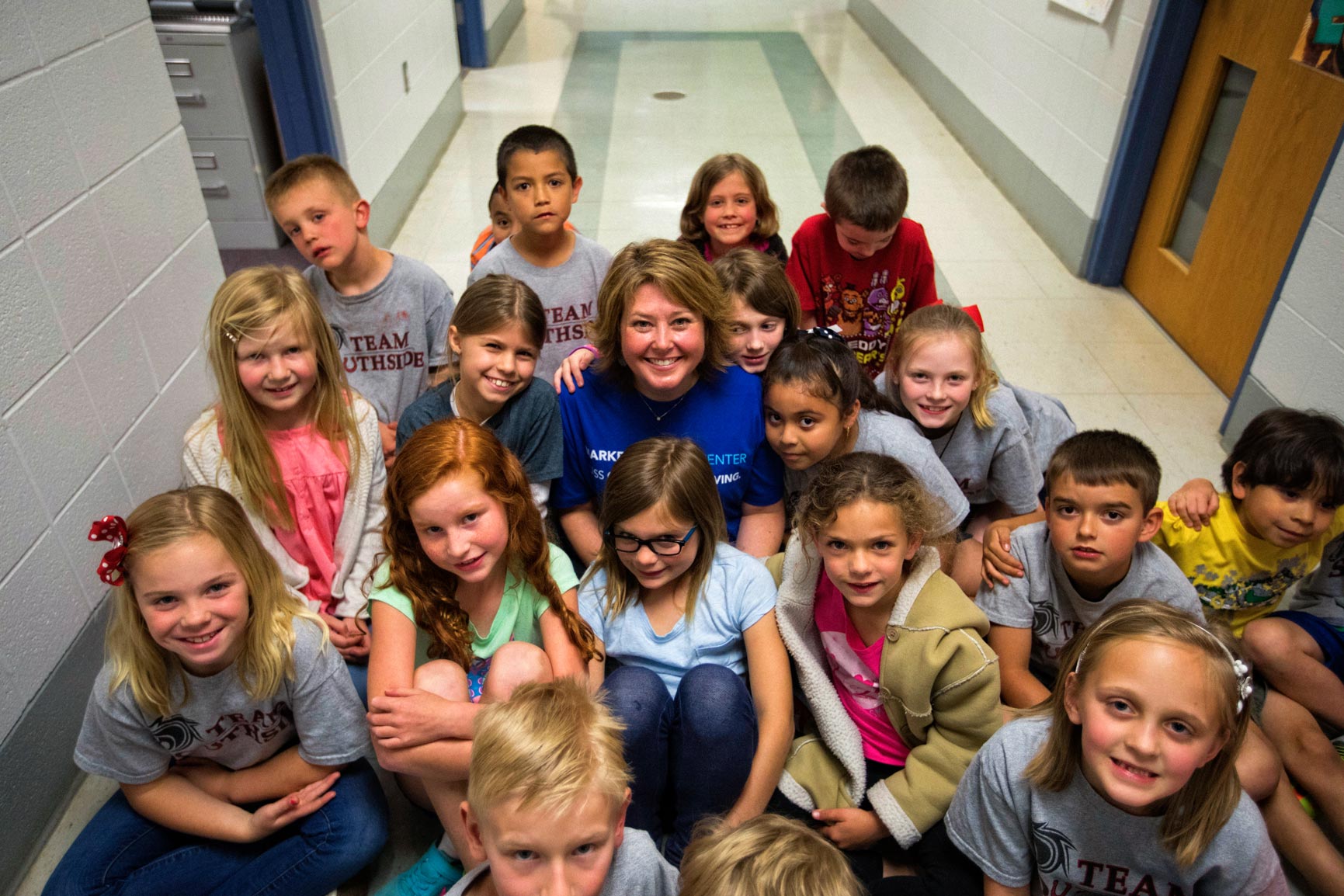 “They were great, so great, in welcoming me back. I’m just glad I had a story where I was able to come back.”

Learn more about how we help patients like Erika at UK HealthCare’s Markey Cancer Center.