“I can do anything except make insulin”

Nine-year-old Audrey had been feeling off for months, but her hometown doctors chalked it up to viruses or other issues. So when Audrey’s new doctor called at 9:30 at night telling them Audrey’s labs indicated that she was a Type 1 diabetic—and that her numbers were critical—it was a shock for her mom, Tiv. 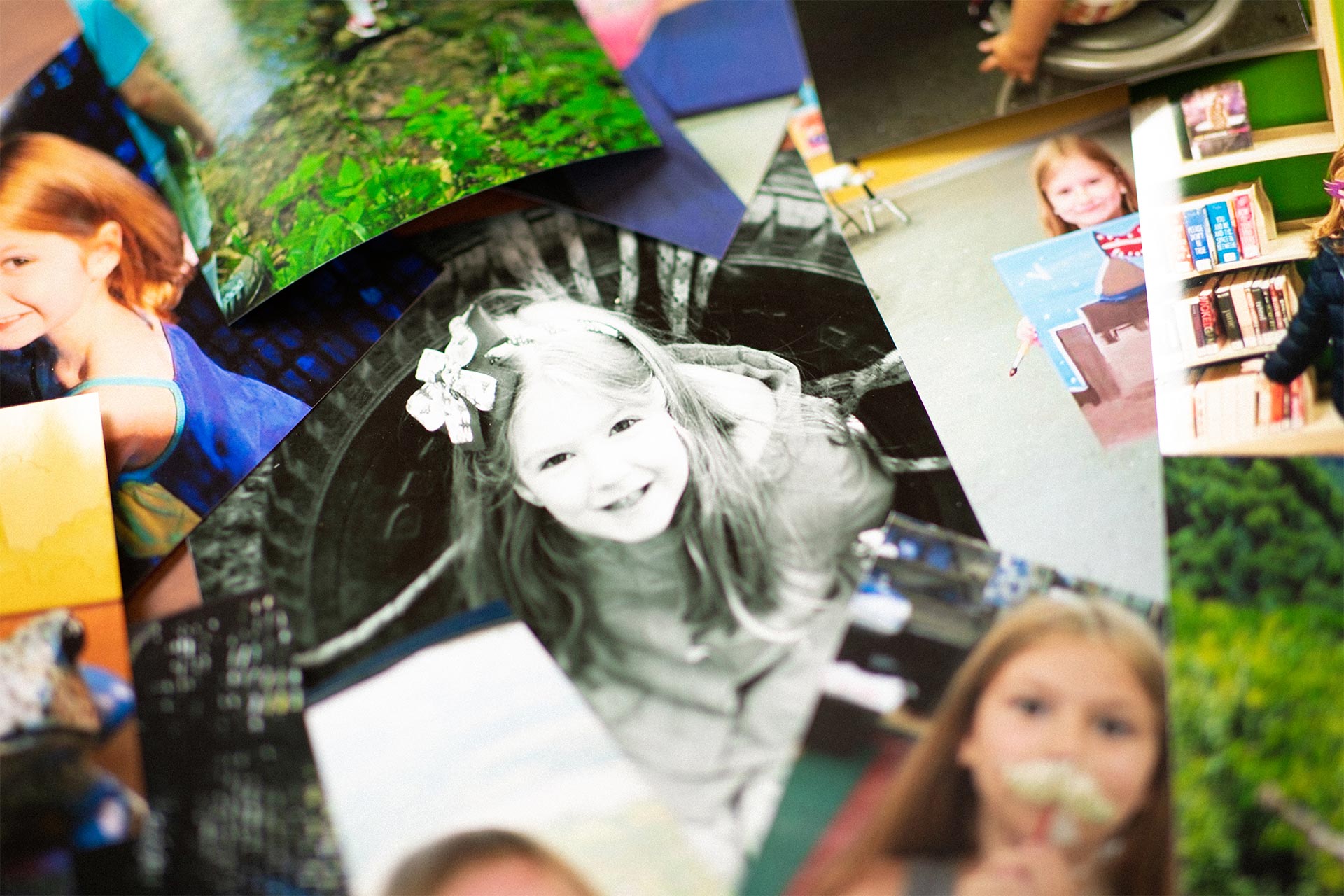 Audrey has always been a fun, adventurous kid—but before her diagnosis, “she was miserable.”

“He said to head on to UK HealthCare’s pediatric ER,” Tiv recalled. “I asked him if it could wait until the morning, because she was asleep. He said, ‘No, now. Now is good.’” 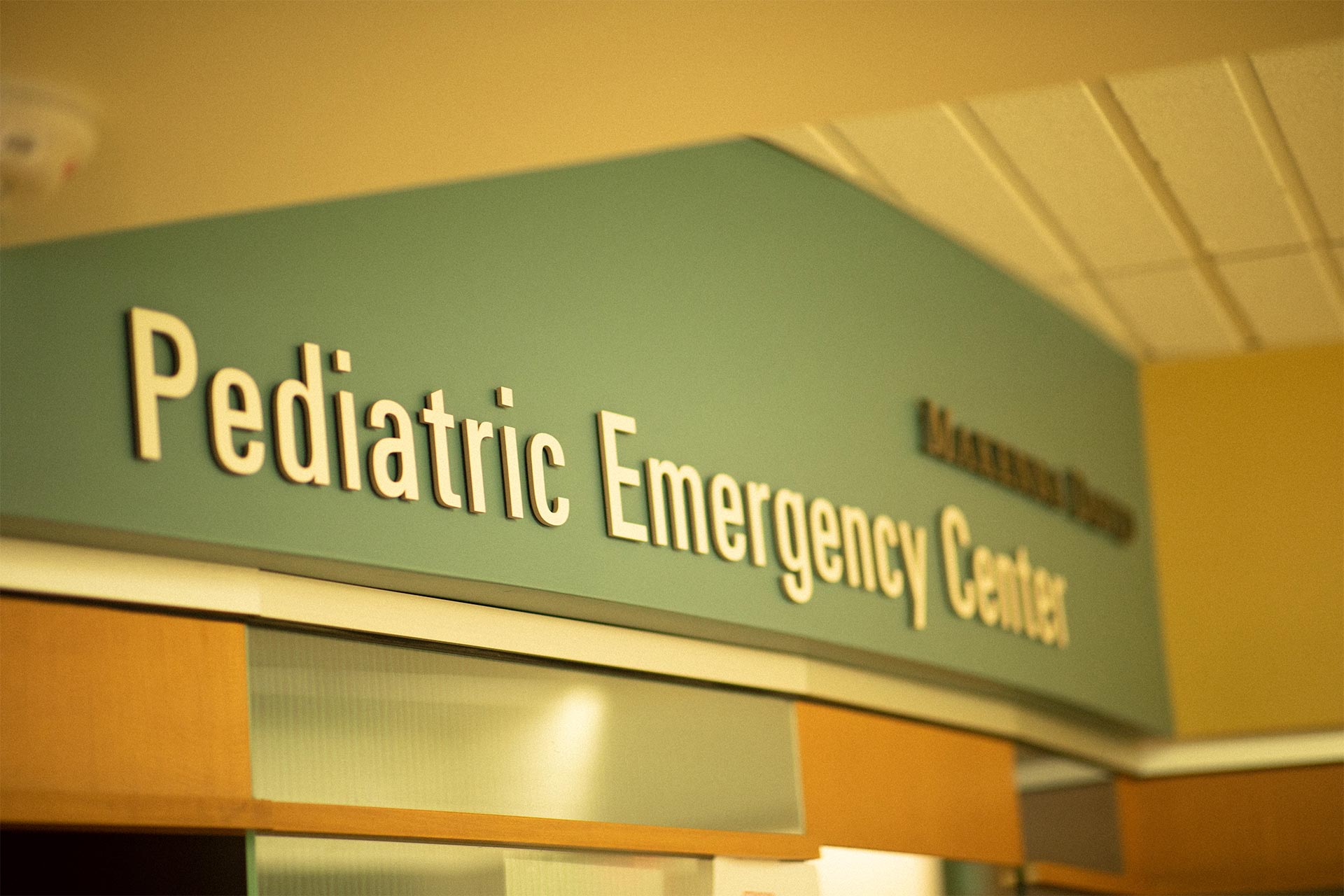 UK HealthCare’s Makenna David Pediatric Emergency Center is the region’s only emergency department dedicated exclusively to the care of kids.

The team at the Makenna David Pediatric Emergency Department confirmed what Audrey’s doctor had seen in her bloodwork: a diagnosis of previously-untreated Type 1 diabetes. They admitted her to Kentucky Children’s Hospital to stabilize her, then brought in educators from the Barnstable Brown Diabetes Center to help Audrey and her family learn more about her condition. 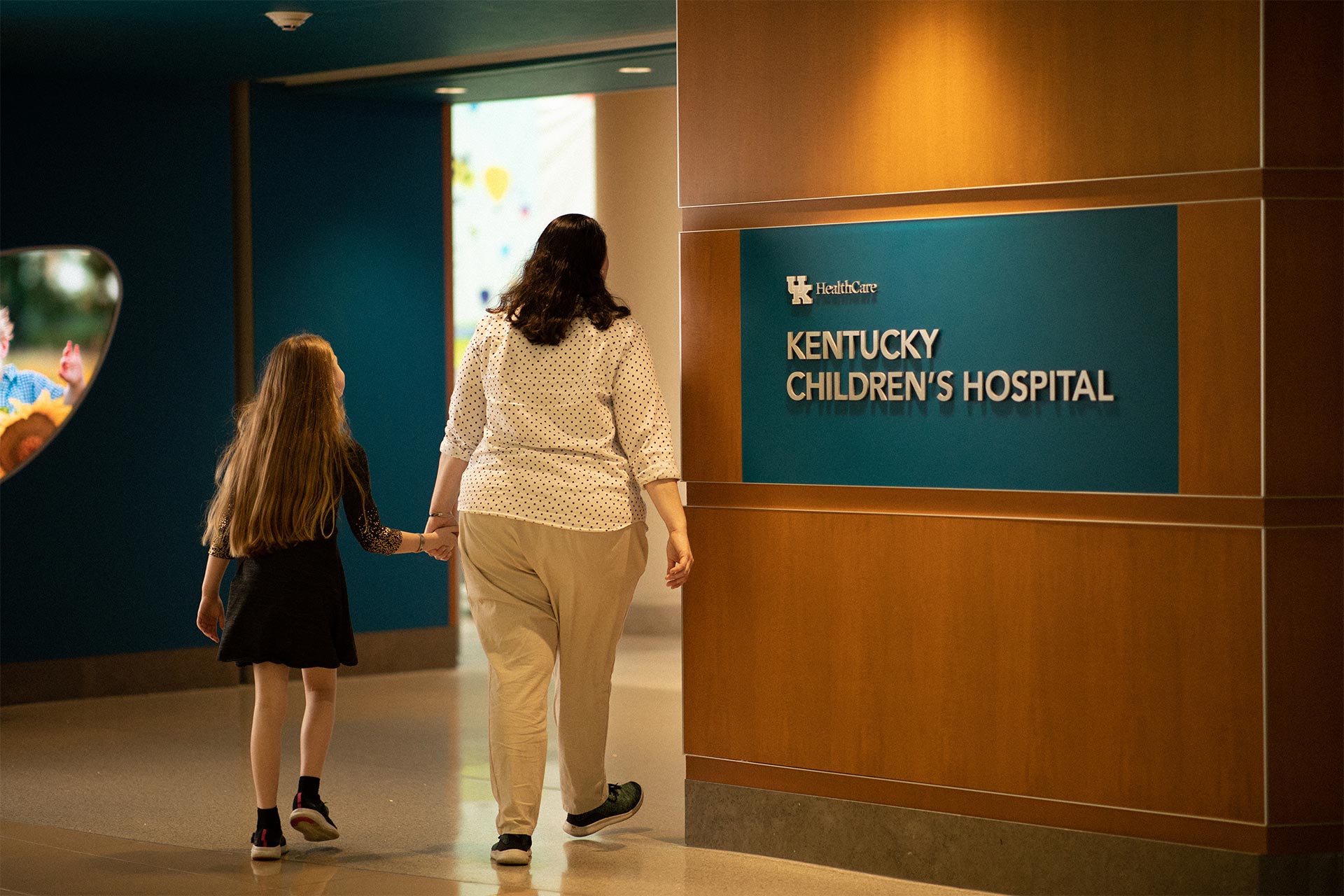 “The first night at Kentucky Children’s Hospital, she was feeling better already."

“When they said I was going to be Type 1 diabetic, I was scared but kind of relieved that it wasn’t something else that would have been deadly,” Audrey said. “It’s mainly been easier [since the diagnosis]—now we know how to deal with it.” 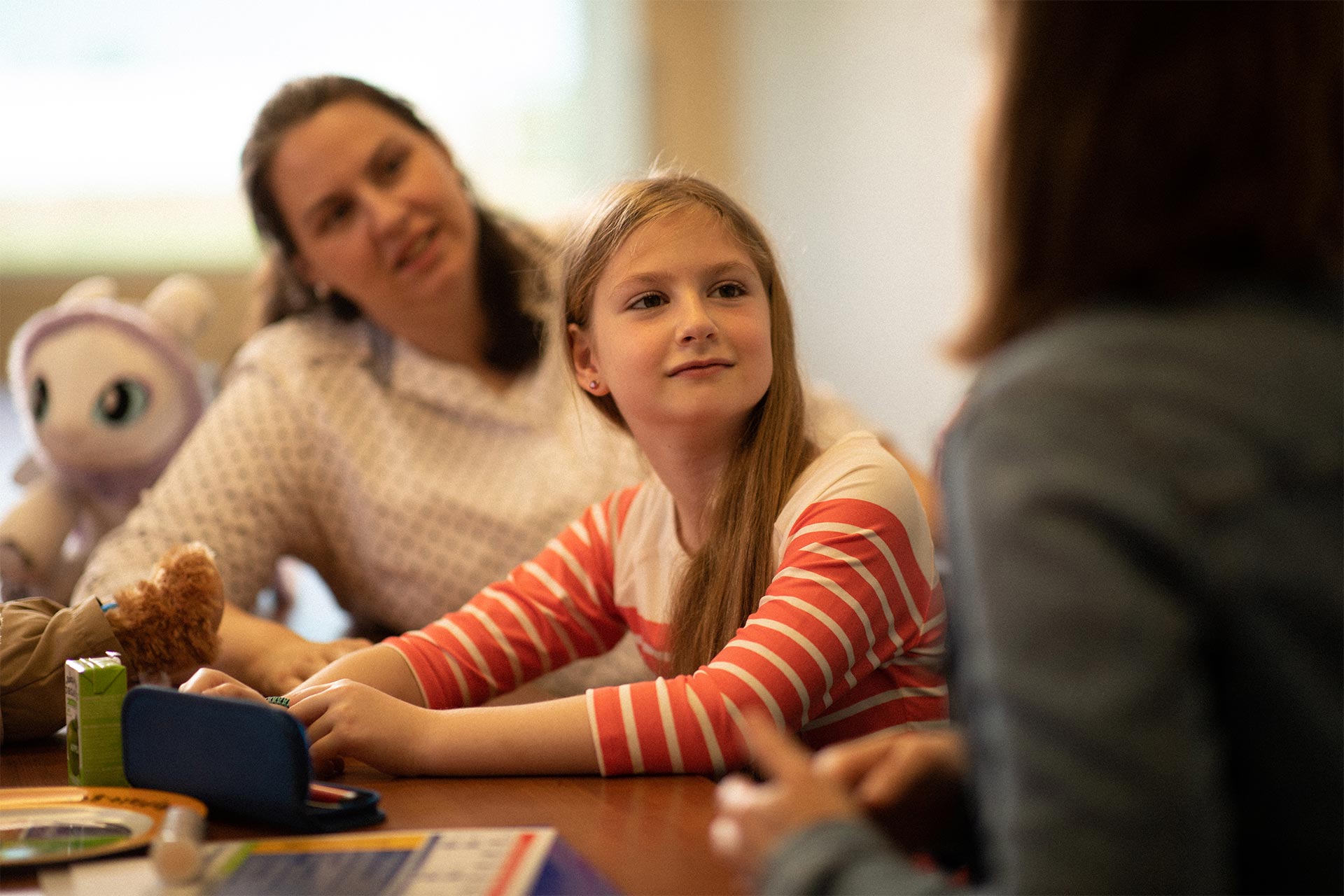 “The educators at Barnstable Brown Diabetes Center are fabulous. They explained things to her in terms she could understand.”

Talking to Audrey now, you’d never know how bad things had been. She’s bubbly, poised, and confident in her ability to manage her condition. She and her parents monitor her blood sugar levels through apps on their phones and don’t leave home without a “go bag” filled with snacks, drinks and medications. It means that she can focus on being a kid again. 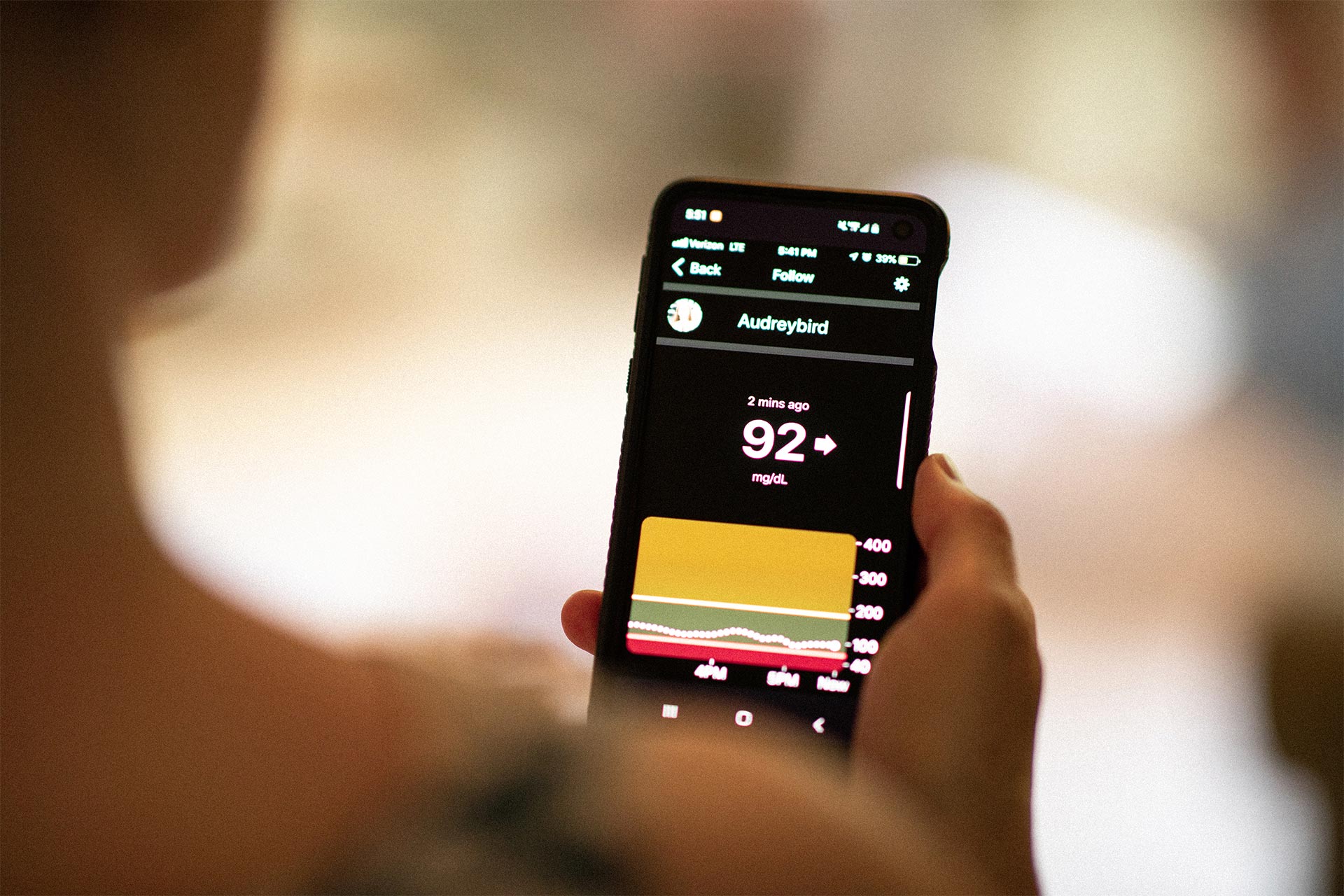 Audrey and her parents can constantly monitor her blood sugar levels on their phones.

“Now she’s able to concentrate at school, to run and play and know exactly what’s going on,” said Tiv. “We’re doing something about it, and she’s able to be a kid and not really have to worry about it that much.” 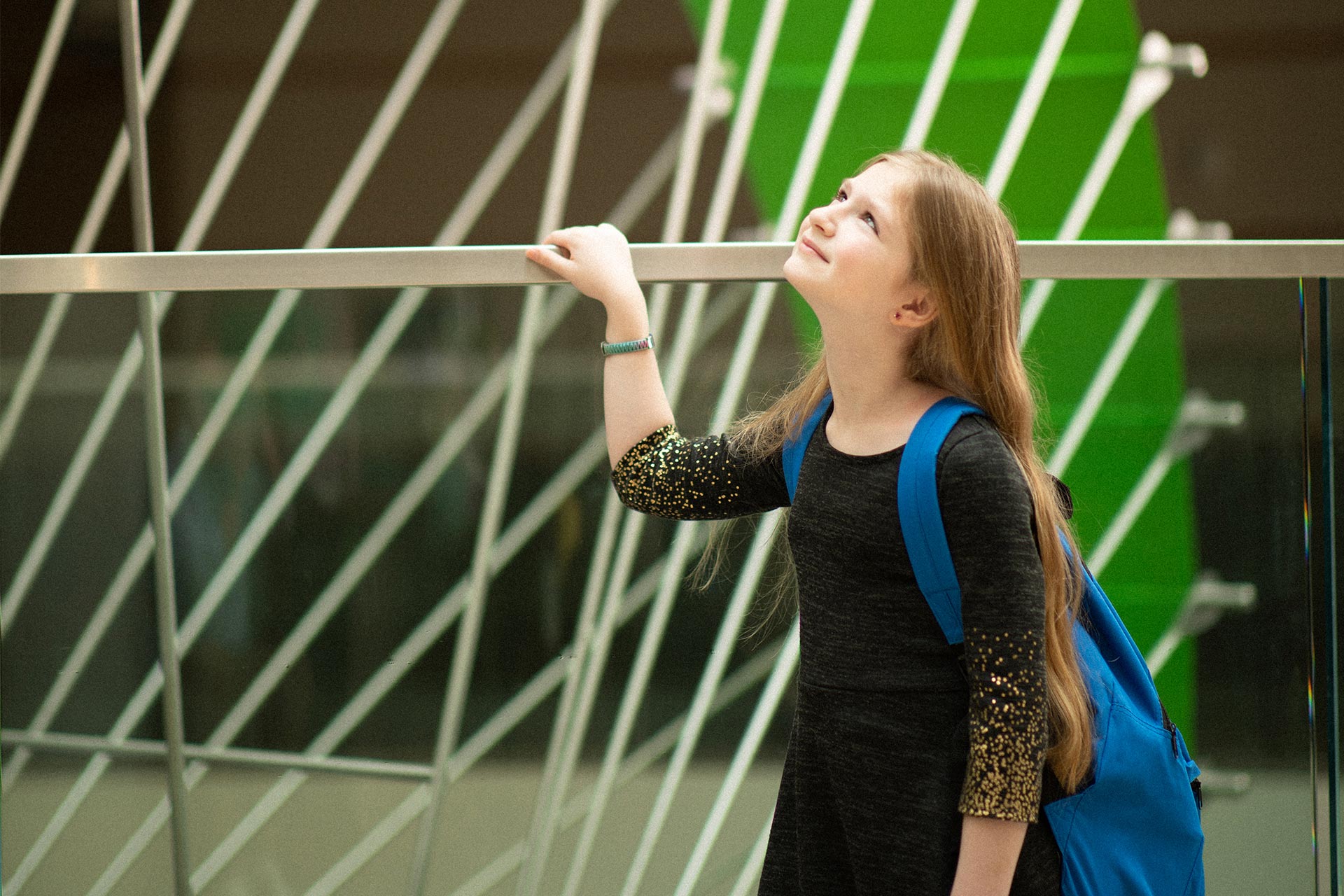 With her Type 1 diabetes under control, Audrey is able to be a kid again.

With her diabetes under control, Audrey is a bright, outgoing almost-ten-year-old who’s confident about her ability to manage her condition and share her story. “I would like to tell other kids in my situation that they can really do anything, except make insulin.” 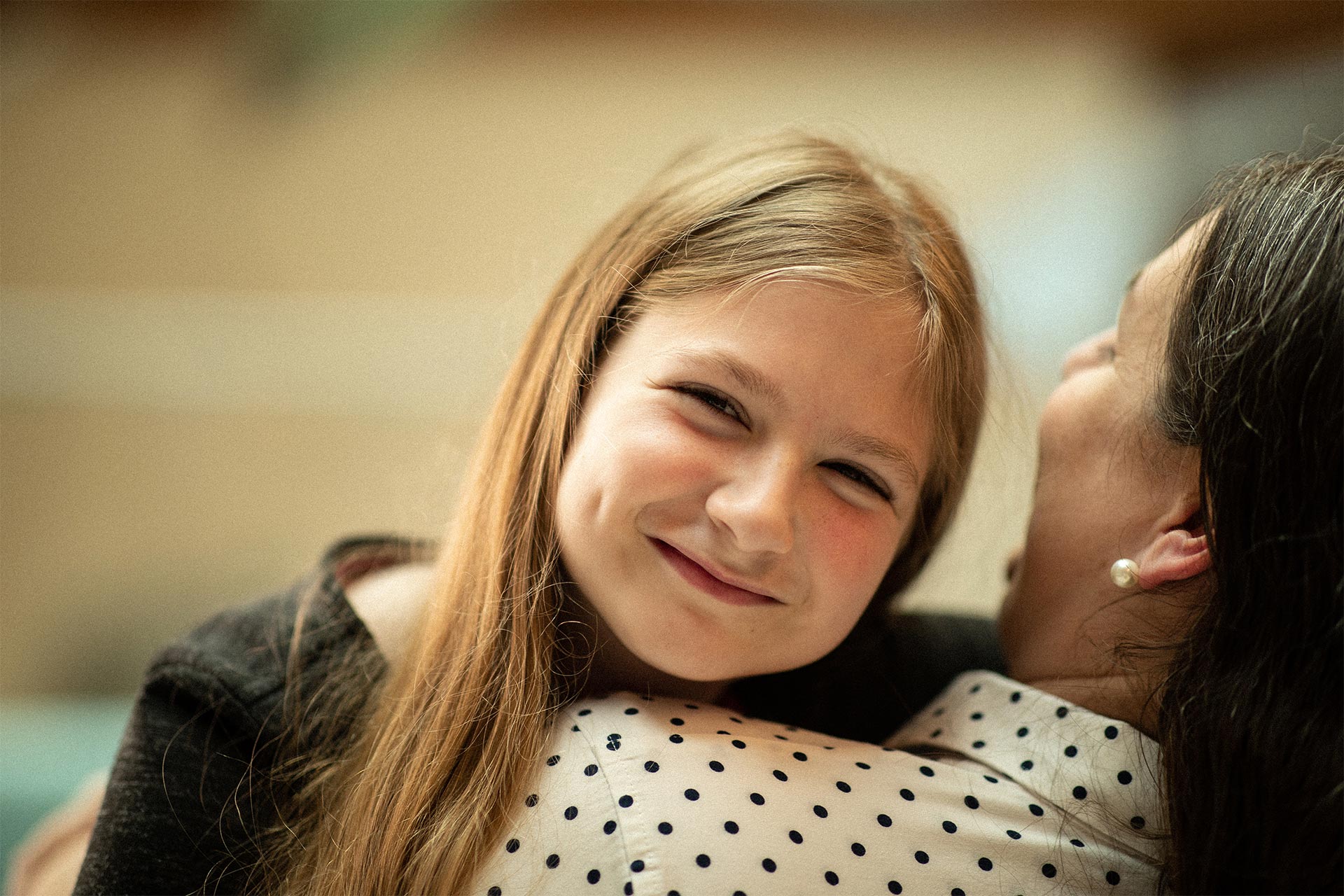 “We're so thankful not only to have the answers, but for her to be back. For her to have that spark back.”

Learn more about how we care for kids like Audrey
at the UK Barnstable Brown Diabetes Center
and how you can help fund a cure for diabetes.

“She’s been smiling since we left the NICU”Moms, Neuroscience, Pediatric Services