“Nothing can slow him down”

Howard Hitsman has seen a lot in his 84 years. As a Chief Petty Officer for the U.S. Navy, he served the Joint Chiefs of Staff aboard the USS Northampton—also known as “The Floating White House”—during the Cuban Missile Crisis. He was awarded a slew of medals for his extraordinary service to his country. 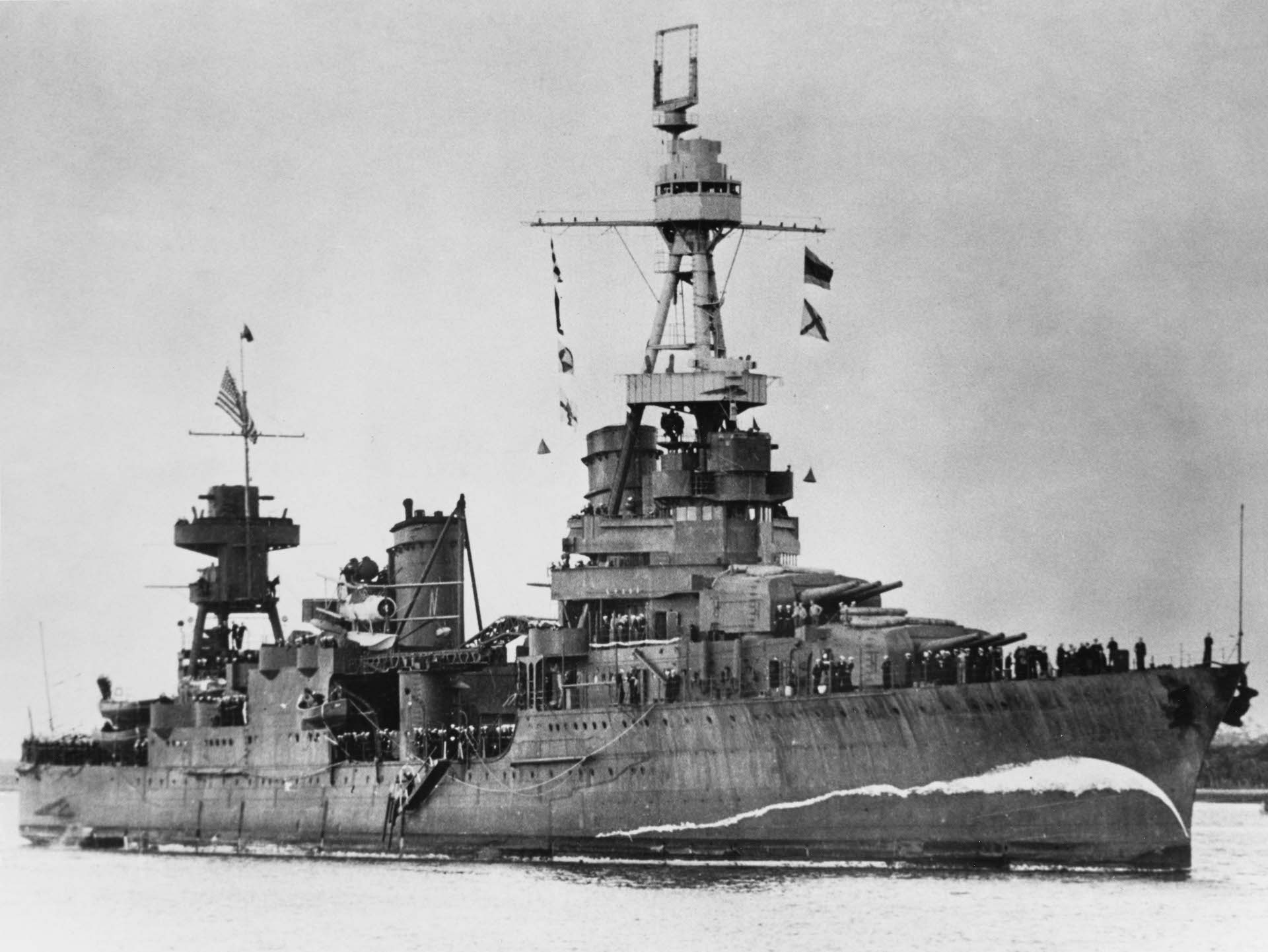 Howard served aboard the USS Northampton and met President John F. Kennedy twice. (“And JFK remembered me the second time.”)

Despite his age, Howard is still gregarious and adventurous, especially with his doctors and nurses at UK HealthCare’s Gill Heart & Vascular Institute. The team’s work made Howard’s next adventure possible: a visit to Washington, D.C. with 68 other veterans as part of an Honor Flight. He was able to go because, just a few weeks earlier, his medical team gave him a new aortic valve. 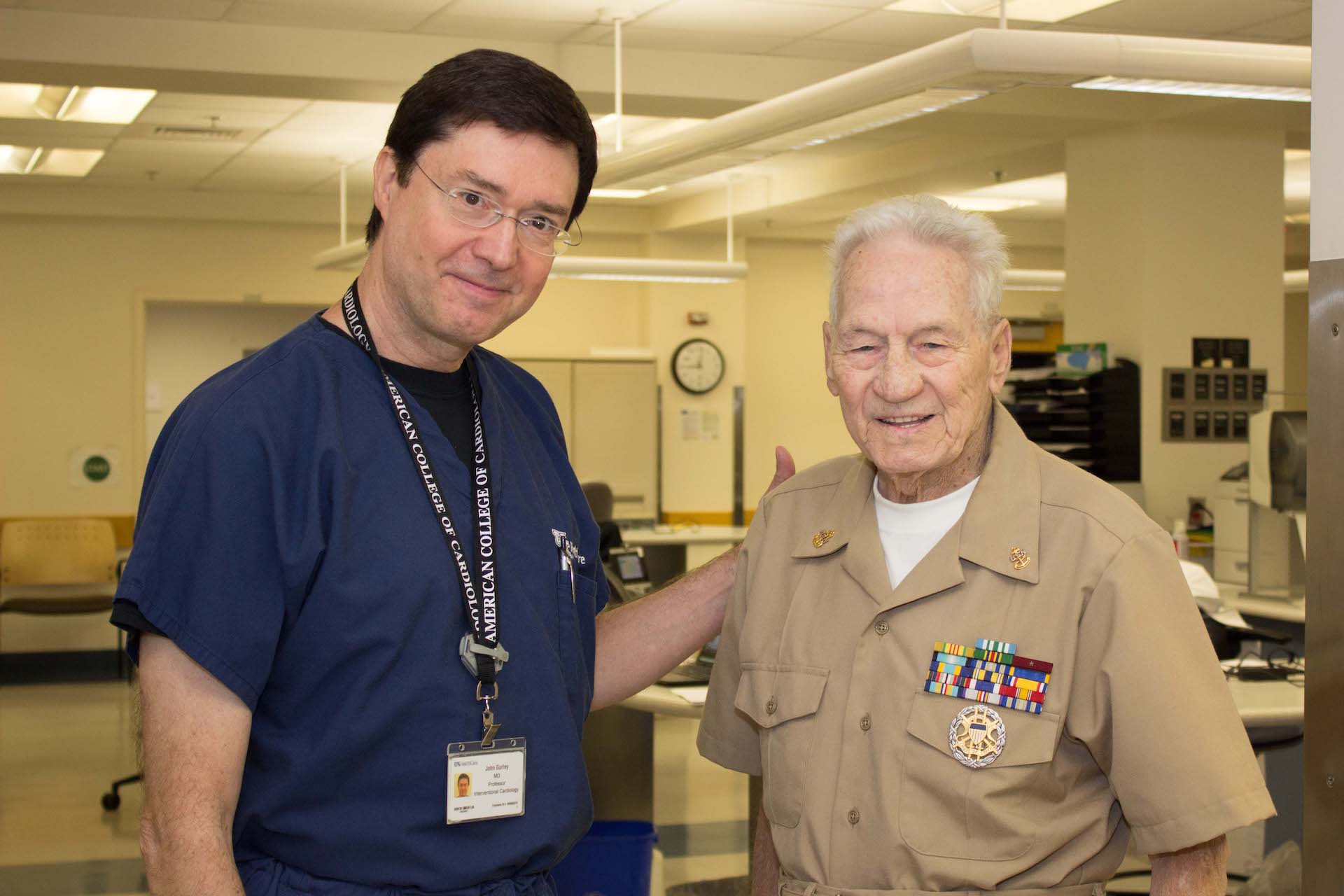 “I used to sit for hours listening to the stories my dad told about the war,” said Dr. Gurley. “These guys deserve our respect.”

He’d known he had a heart murmur for years, but in 2017, he’d started noticing increasing shortness of breath and fatigue. A visit to his doctor, and then to the Gill Heart Outreach Clinic in Rockcastle County, rendered a double diagnosis: an abnormal heart rhythm called atrial fibrillation (Afib) and a heart valve problem called aortic stenosis. He was advised not to travel until his valve could be replaced. 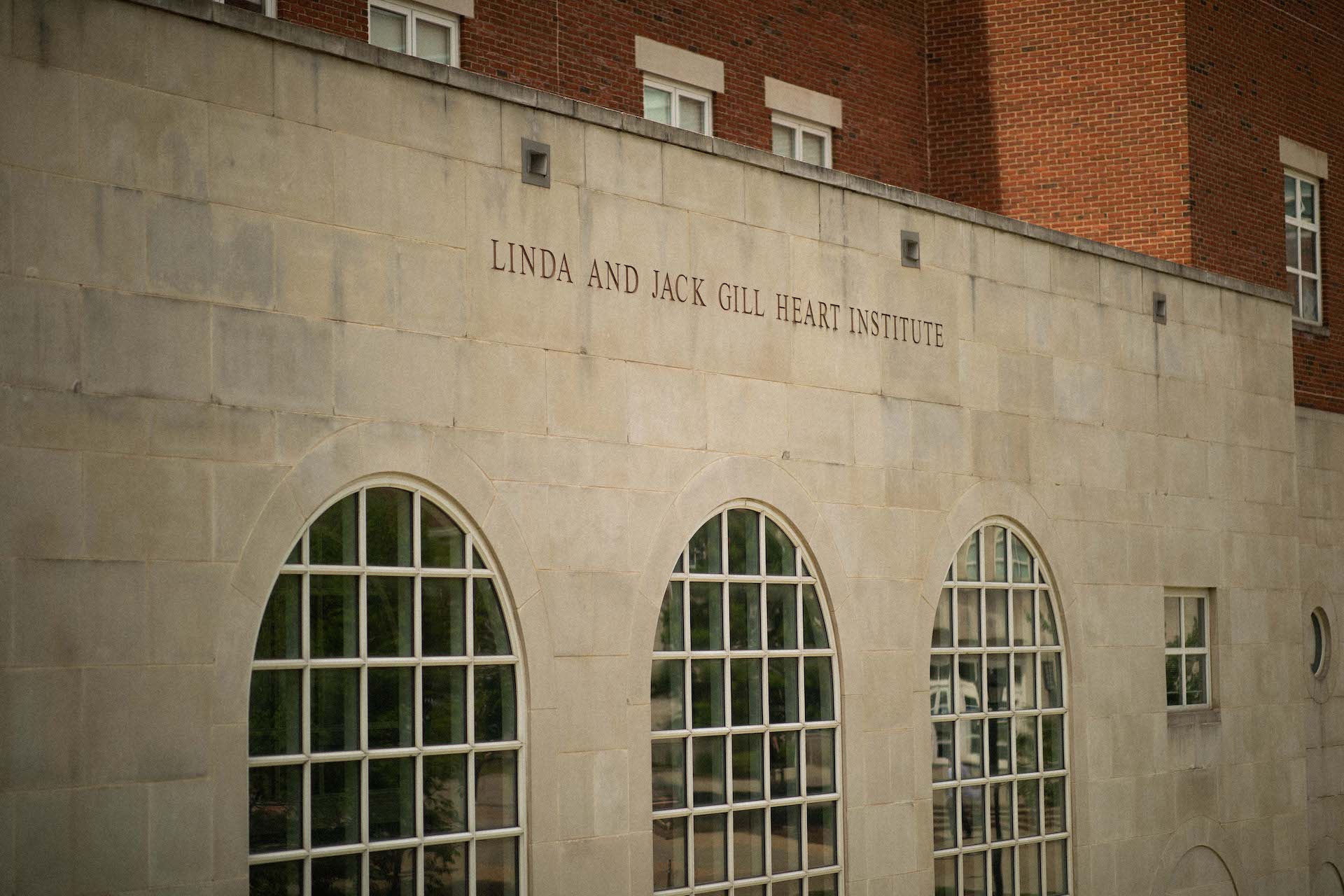 After Howard’s aortic valve was replaced, “I noticed a big difference pretty quick.”

Dr. John Gurley replaced Howard’s aortic valve using a special procedure called Transcatheter Aortic Valve Replacement (TAVR), which uses catheters inserted through two small incisions in the groin to guide a replacement valve into place. The procedure eliminates the need for open heart surgery, which means a faster recovery with fewer side effects—and, for Howard, the ability to go on his Honor Flight.

“It was a truly wonderful and emotional experience.”

“I met veterans from so many other states. While some of the places we visited were very emotional for me, it was humbling to be there. It was a truly wonderful and emotional experience. I just wish my wife was alive to share it with me.” 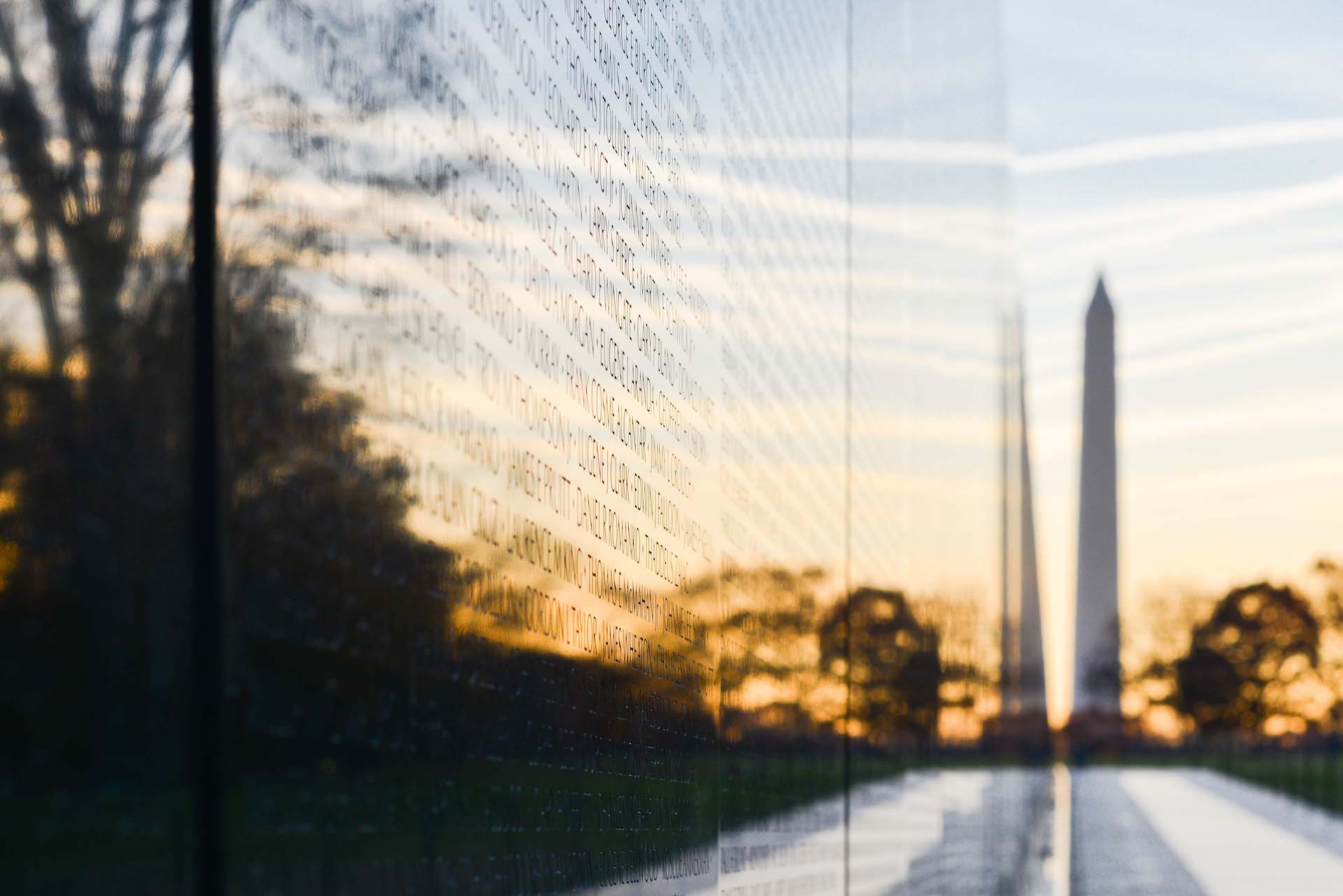 “Some of the places we visited were very emotional for me.”

When Howard’s Honor Flight returned home, hundreds of people were waiting to welcome him and his fellow veterans home—a welcome that some of them had never experienced upon their return from war decades ago. Among those cheering crowds were Howard’s children and grandchildren, as well as Dr. Gurley.

“It sounds hokey, but it was truly an honor to help Howard be ready to complete his mission: to give the next generation the privilege of knowing someone who was actually there, doing good work for our country.” 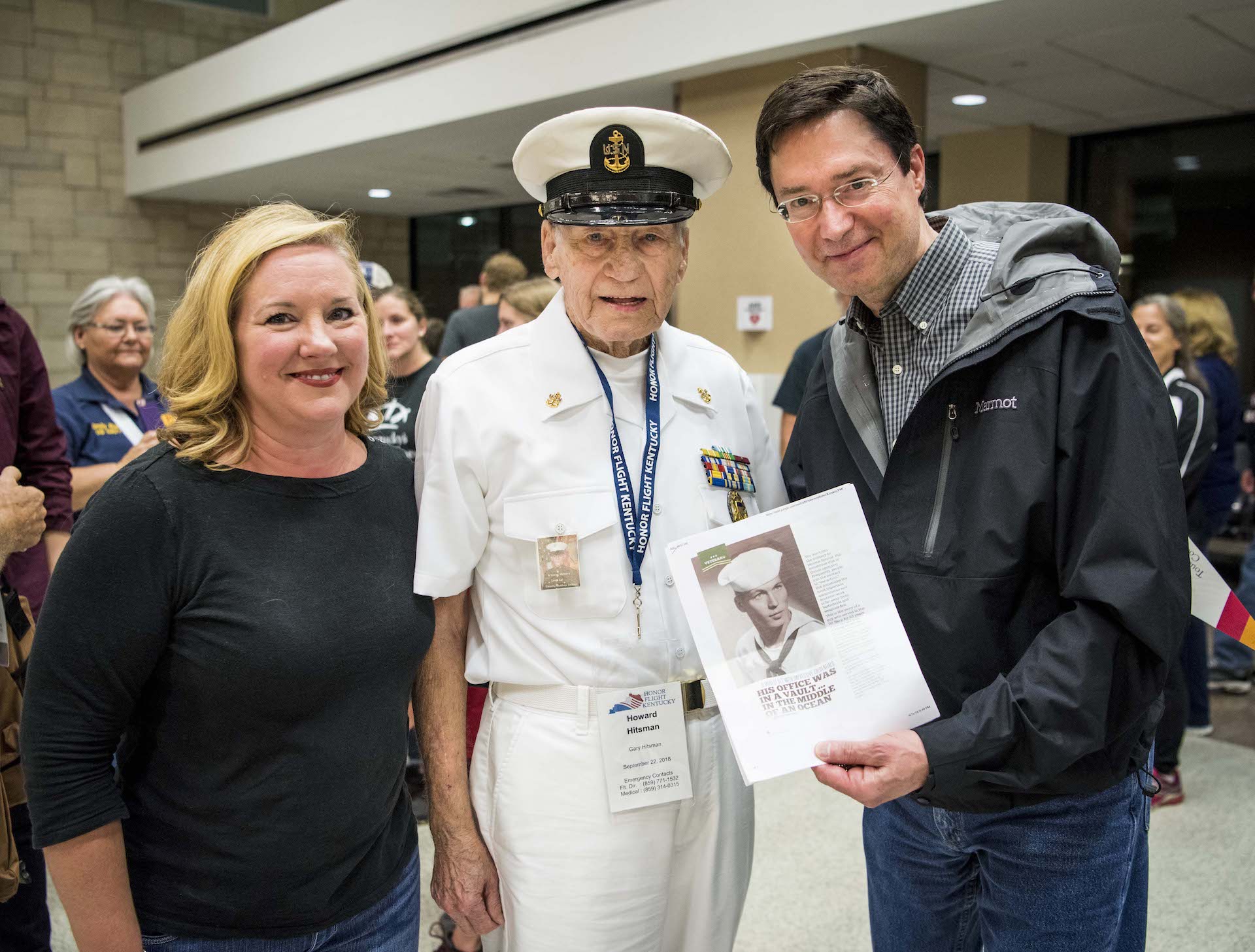 Dr. Gurley was among the hundreds who welcomed Howard home.

Find out more about valve replacements like Howard’s, and the rest of the work being done at the UK HealthCare’s Gill Heart & Vascular Institute.

“An option for people who have no other option”Heart