He’s a world-class powerlifter who’s been in the game for nearly 40 years, winning world championships in 2013 and 2018. At 65 years old and 145 pounds, the Air Force veteran and former gymnast can squat more than 512 pounds—three and a half times his own body weight. He and his wife, Cathy, have competed for multiple titles at the World Powerlifting Championships. 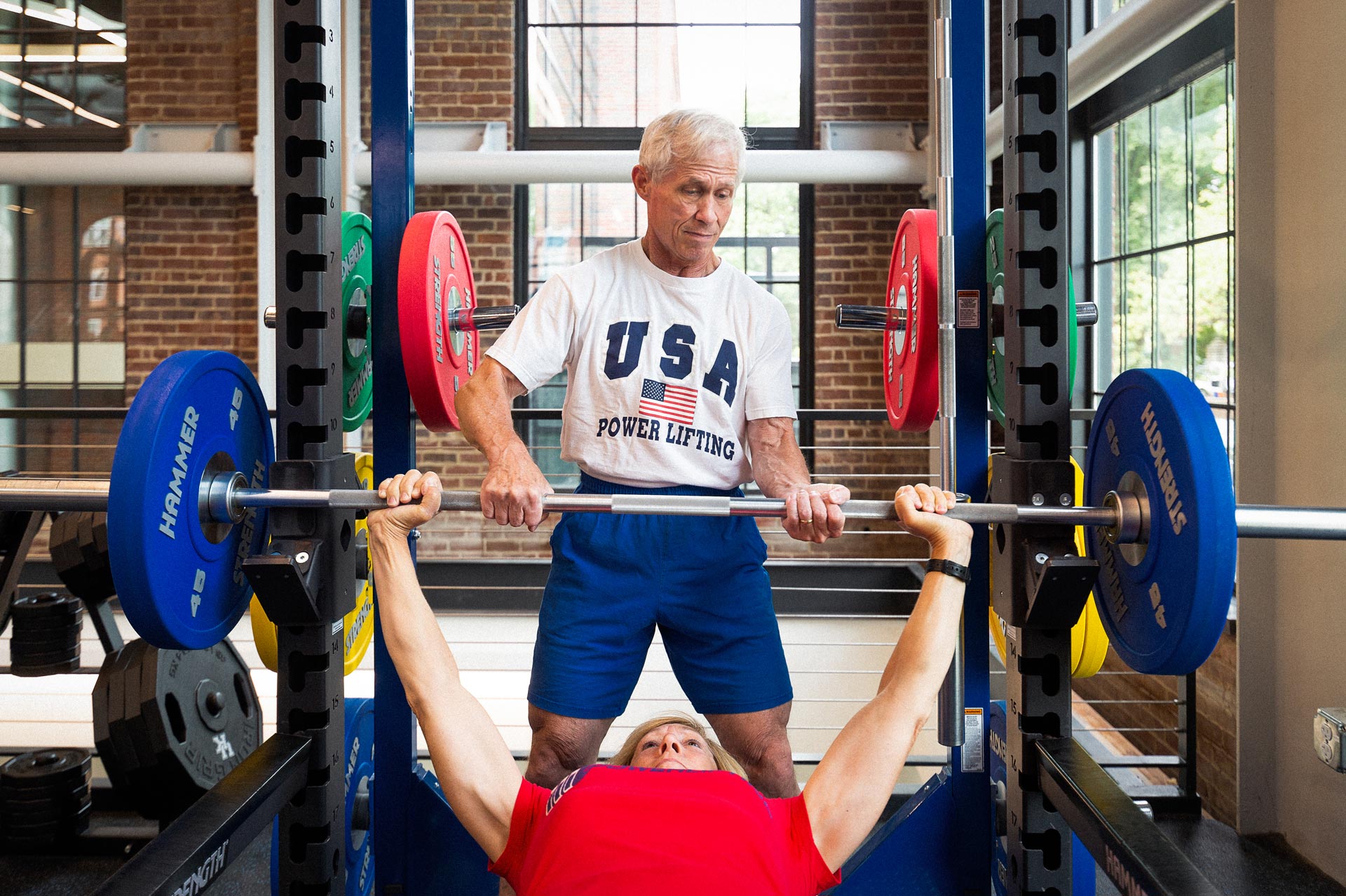 Joe and Cathy Marksteiner have been training and competing together since the early days of their marriage.

This alone would be impressive enough, but Joe’s strength isn’t just limited to the raw, physical kind. Last year, he was diagnosed with a small bowel neuroendocrine tumor with metastasis to the liver, a rare disease he’ll likely contend with for the rest of his life. His diagnosis was an especially tough blow for the Marksteiners, who lost their teenage daughter to lymphoma 16 years ago. 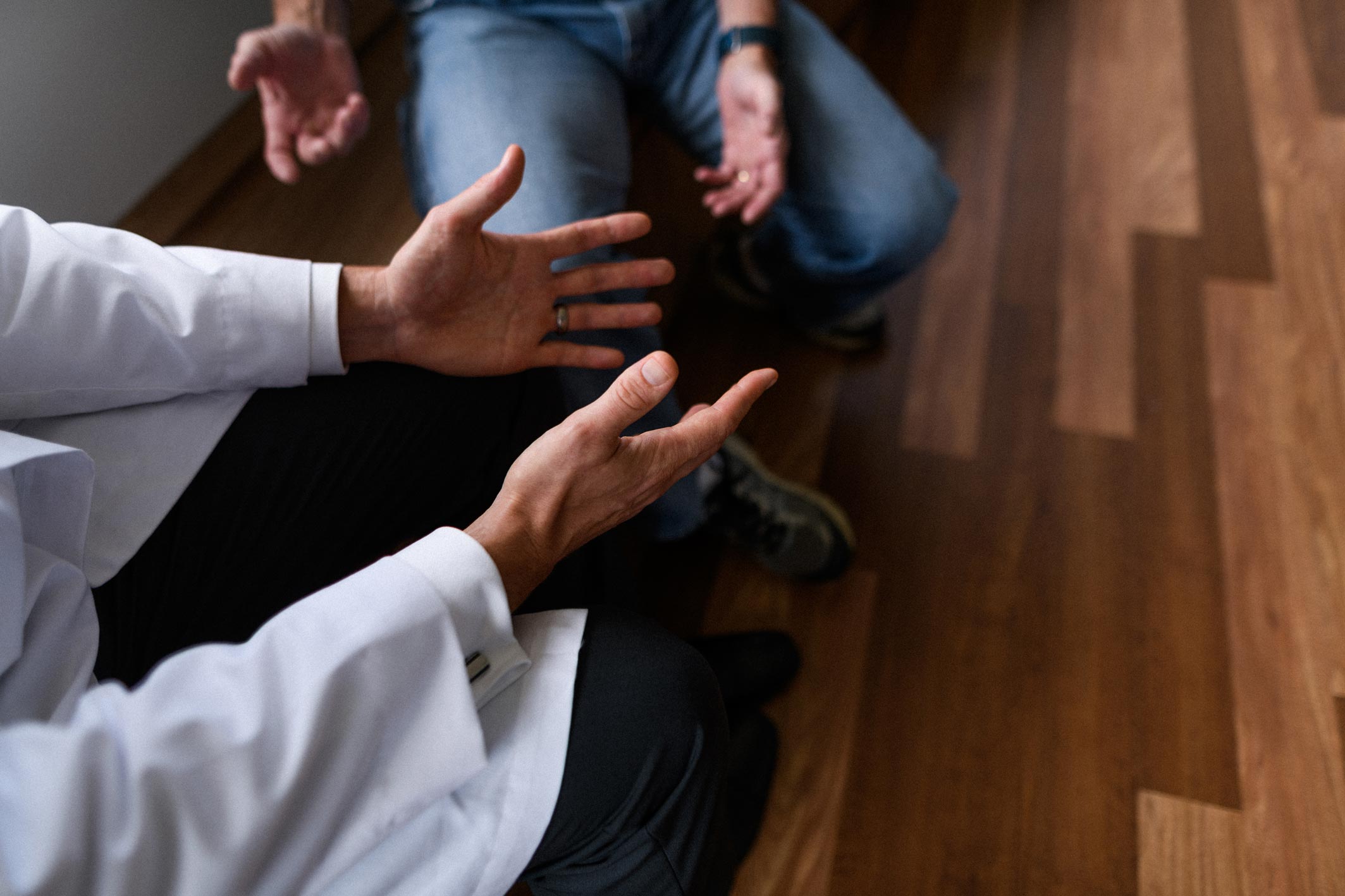 “You can’t make informed decisions if you’re not educated.”

“You feel like life has dropped you through a trap door, and you’re waiting for what’s going to come next,” Cathy said. “It’s fear of the unknown.” 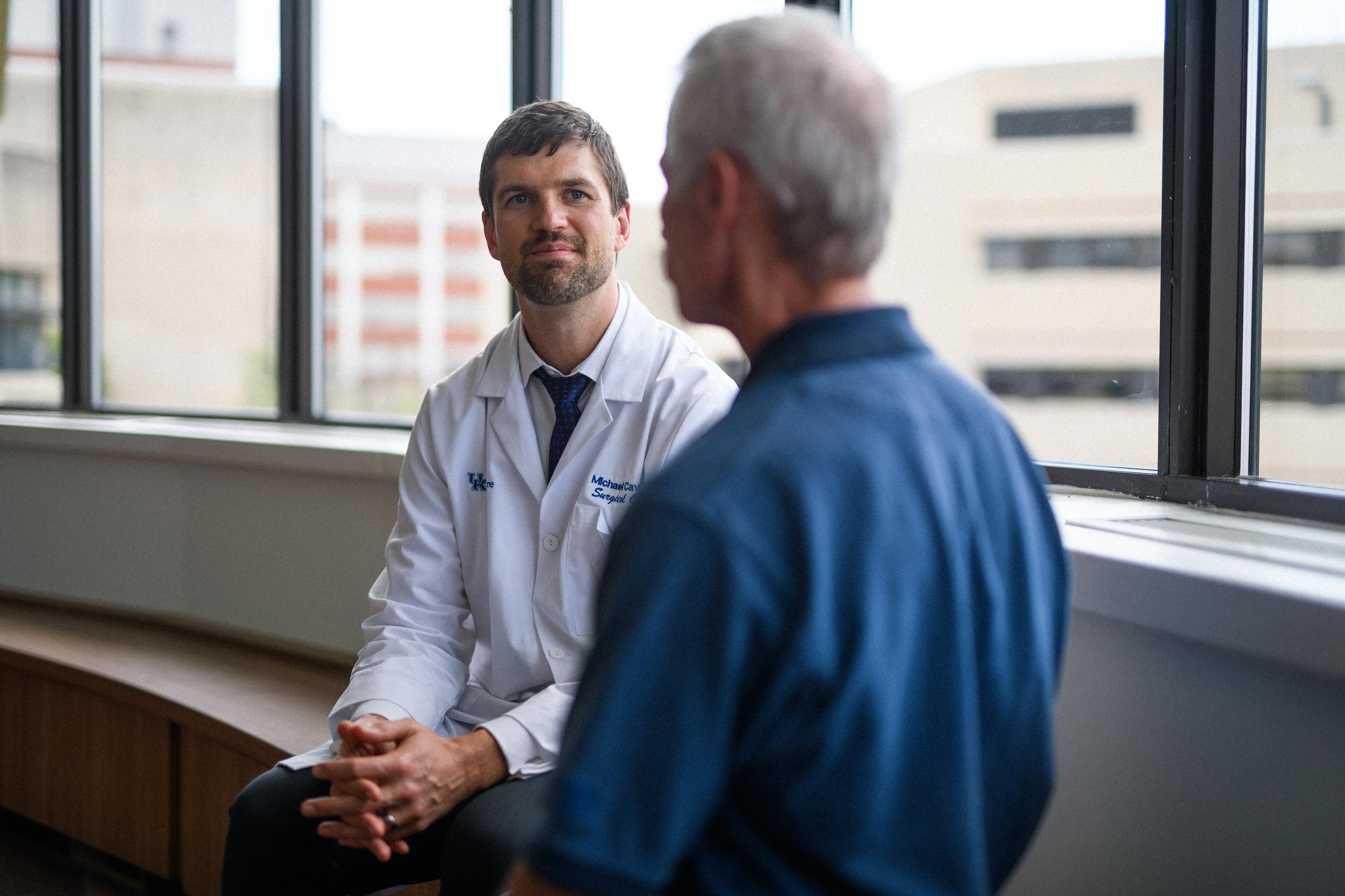 Joe added: “Your first reaction is, ‘Oh crap.’ But I knew there were treatments, there were possibilities, and while it was daunting to go into that, I didn’t feel like it was the end of the world.” 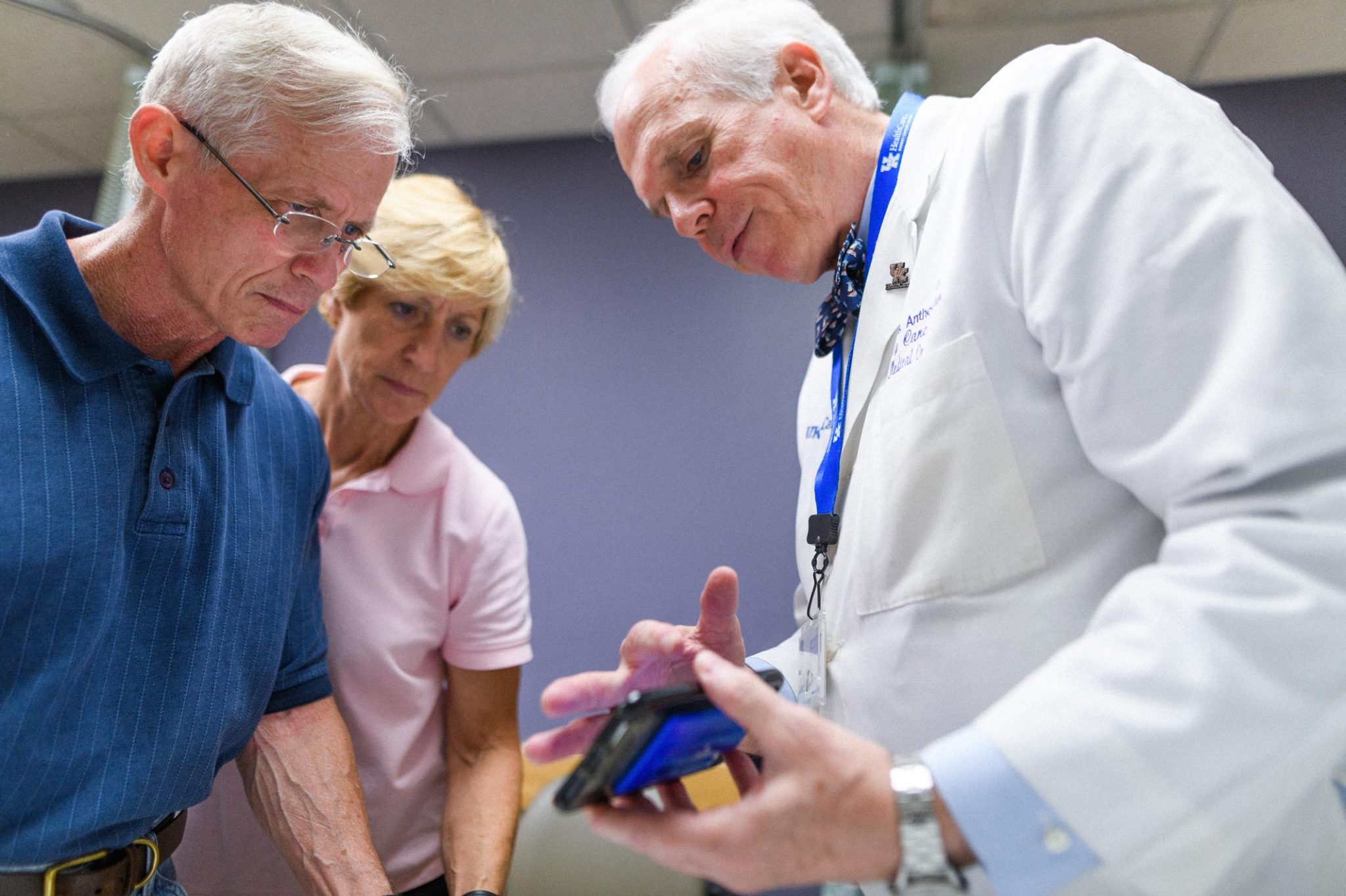 “We really wanted to be educated and participate in medical decisions.”

In March 2017, Joe was referred to UK HealthCare’s Markey Cancer Center’s Dr. Lowell Anthony, who specializes in neuroendocrine tumors and cancer. Cathy, a retired firefighter-paramedic, says they were immediately impressed with the time Dr. Anthony took to talk them through their diagnosis and treatment options. 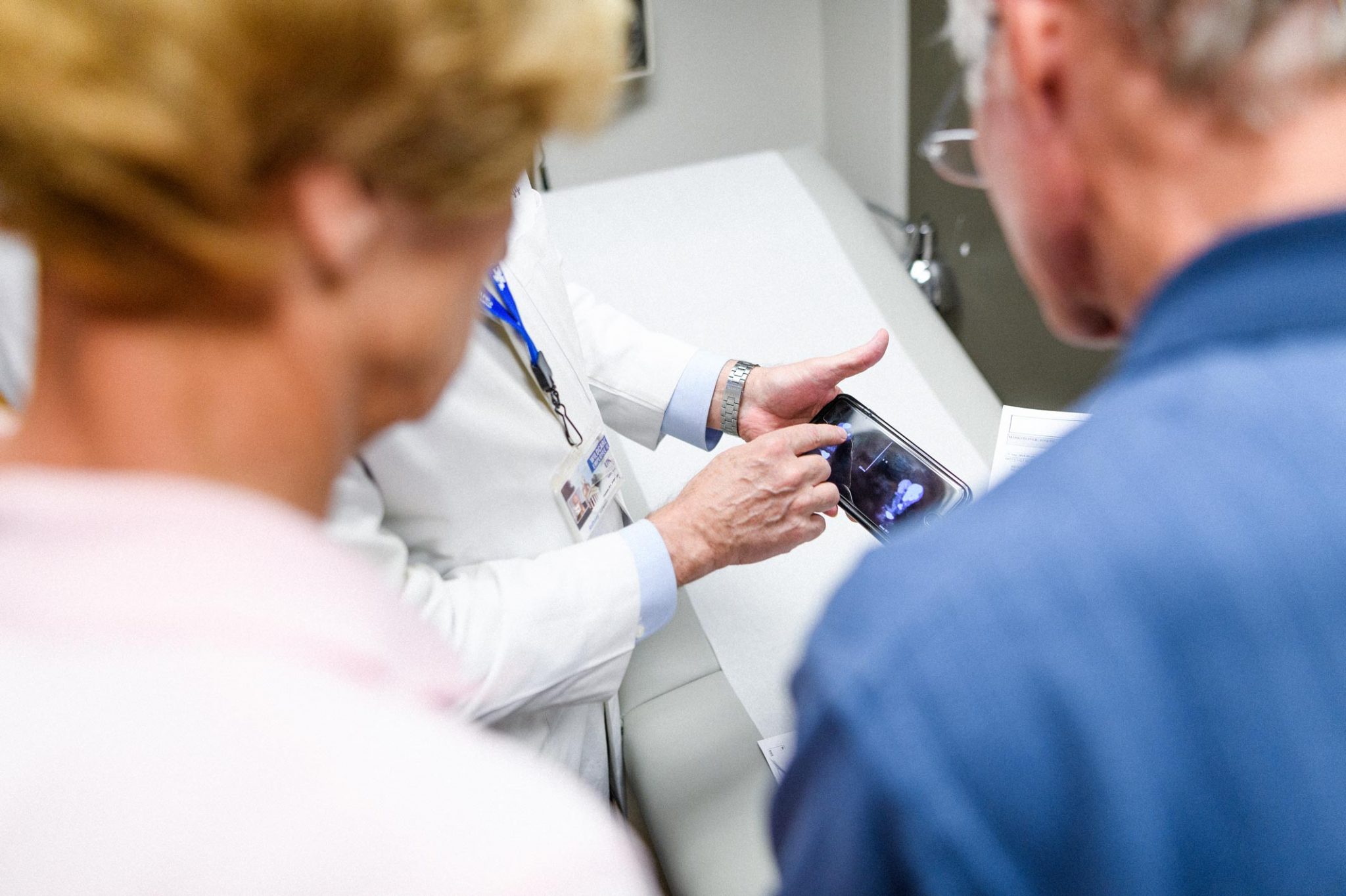 “We really wanted to be educated and participate in the medical decisions,” Cathy said. “You can’t make informed decisions if you’re not educated. Dr. Anthony not only excelled at that, but he did it compassionately and comfortably.” 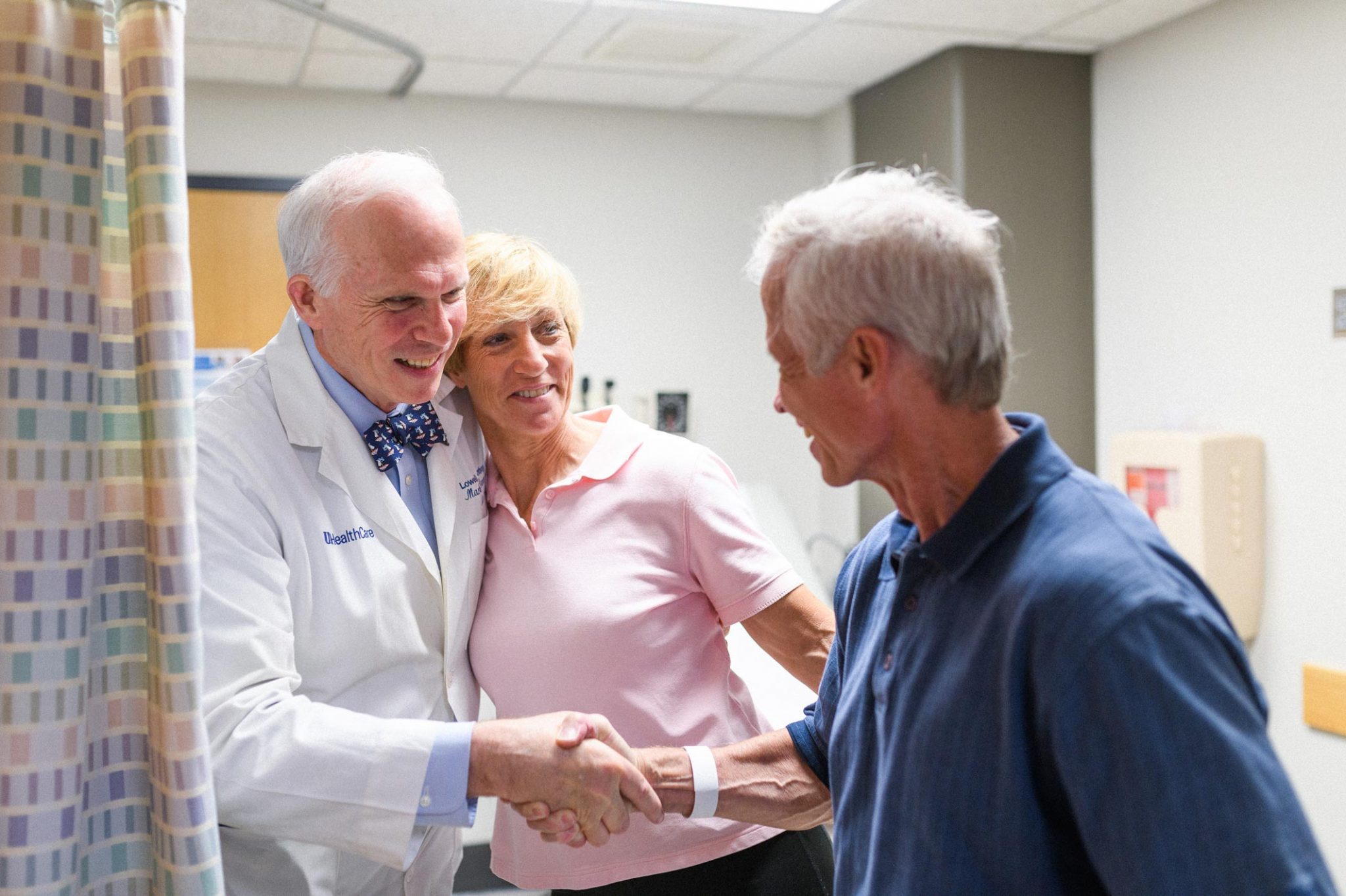 Dr. Anthony with Cathy and Joe during a recent appointment.

Since his diagnosis, Joe has undergone a barrage of procedures to shrink or eliminate his tumors, including chemotherapy, surgeries, and medications. In December of 2017, Joe had a major surgery to remove a primary tumor, fourteen lymph nodes, several feet of small intestine, and his gallbladder. Six months later, Joe and Cathy were competing in the USA Powerlifting Open Nationals, earning their bids for the 2018 World Championships in Mongolia—which Joe won. 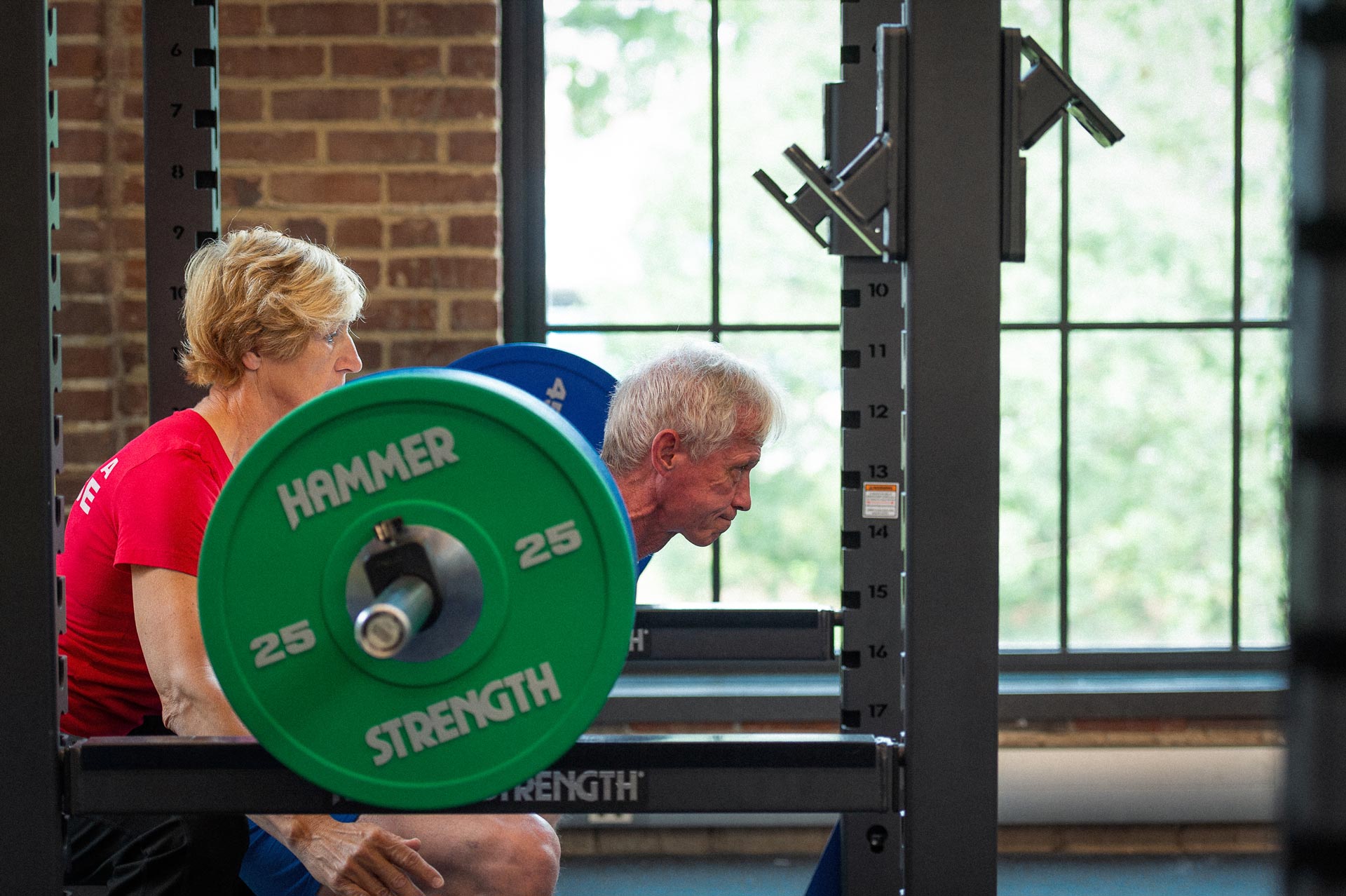 “Joe and Cathy have shown an incredible amount of determination, desire and dedication to dealing with this.”

“Dr. Cavnar and Dr. Anthony are very clear– we’re probably not going to have ‘cure’ in our vocabulary, but ‘control’ is our big ‘C’ word,” Cathy said. “Joe has been able to return to do something that allows him quality of life. He was a prior world champion, so to be able to return to the world competition stage again is like, ‘I can live with this.’” 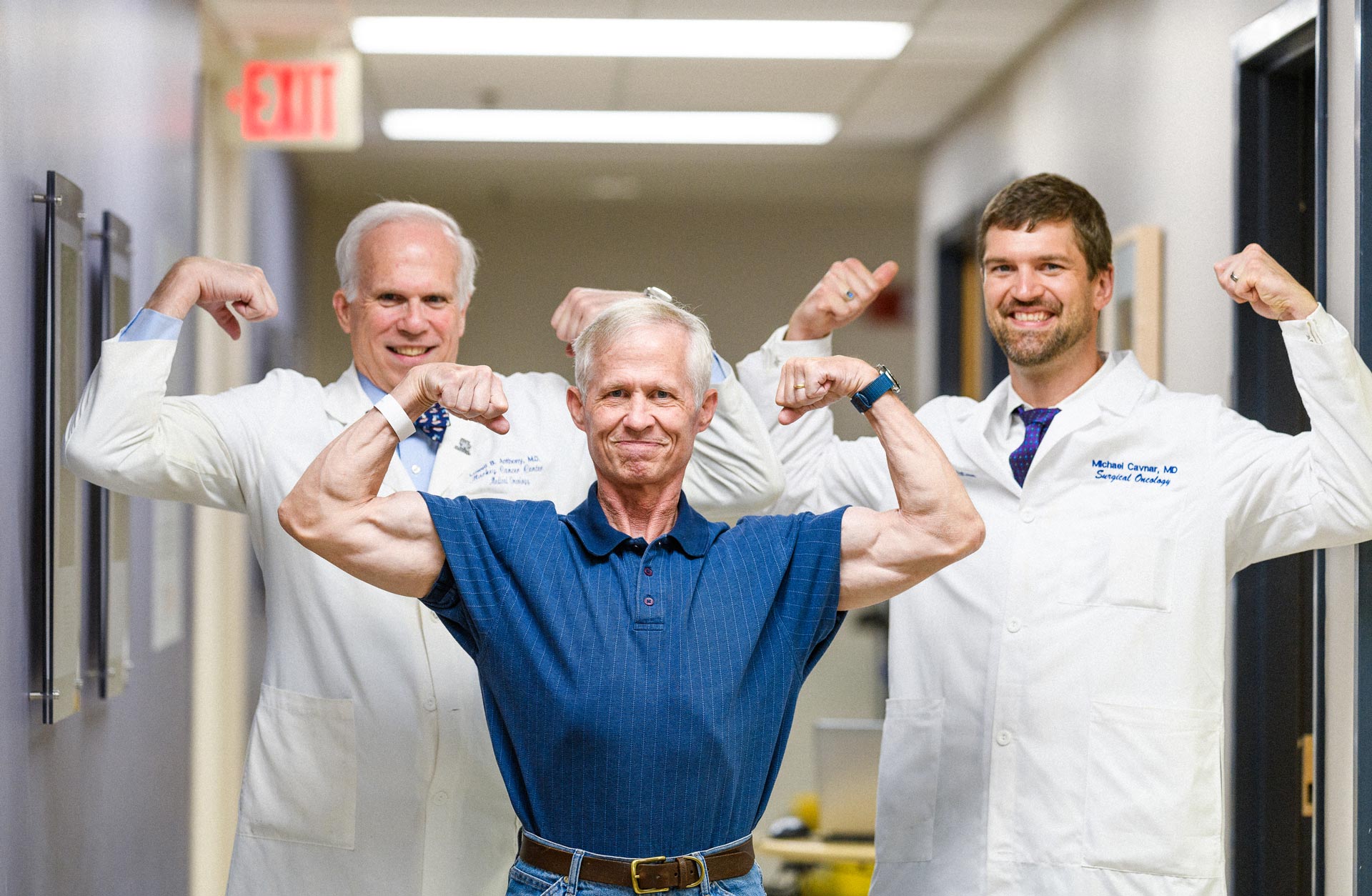 “Joe is extremely motivated. Post-op day one, he was practically jogging laps around the hospital ward.”